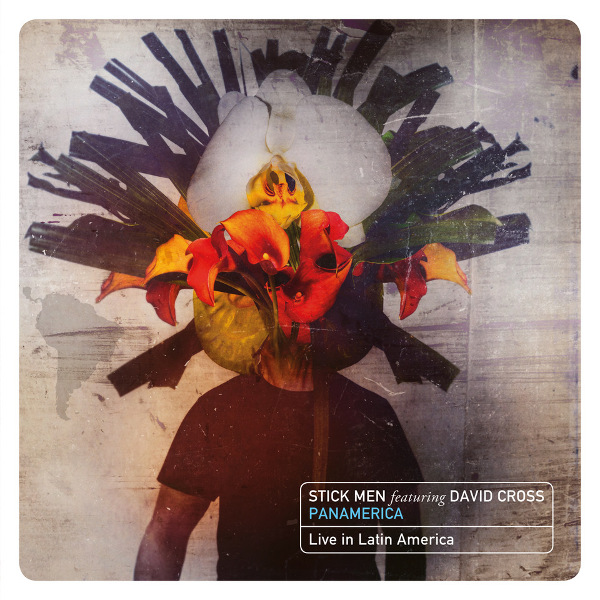 I’ve said it before, and I’ll probably say it again: “Stick Men is one of the best live bands on the planet.” I’ve seen them play live quite a few times and heard many live recordings, and they’ve never disappointed. They have a blend of composition and improvisation that is seamless and distinctive, building on some of the ideas of King Crimson and going in new and exciting directions. And as good as they are in the basic trio configuration of Tony Levin, Pat Mastelotto, and Markus Reuter, something magical happens when they bring David Cross on board. In 2016, Stick Men played a few dates in Japan with Cross and released the live album Midori, and it worked so well that they got together again for a series of shows in South and Central America. Of course, Cross has an involvement with King Crimson that goes back even further than Levin or Mastelotto, and the musicians take advantage of this to tackle some 70s classics with one of the original participants in the mix. Panamerica consists of five CDs of material recorded in Brazil, Argentina, Peru, Bolivia, Chile, Uruguay, Mexico, Guatemala, El Salvador, and Costa Rica in August and September of 2018. Due to limitations in the source recordings (Reuter’s and Levin’s parts were missing from much of the tour), the music is for the most part not presented as it happened, but in suites and sets edited together from various parts of the performances — no outside or studio material added, but the pure live recordings combined so as to make up for parts that weren’t properly recorded. The exception is discs 3-4, which features the entire show from San Jose, Costa Rica. Anyone who’s worried about authenticity due to the editing should just listen to the result and decide whether it’s a worthy release. I find that the provenance of the recordings makes no appreciable difference, as everything sounds wonderful and the quality of the music is stunning.

The first CD contains improvisations, two of which are based on the track “Open,” one with quotes from Crimson’s “Starless,” three based on a newish piece called “Swimming in T,” and the “Opening Improv” from La Paz, which seems to be mostly Reuter with loops and sampled voices. With this focus on the improvisational side of the band, it’s clear that even without plans they can make consistently interesting music, and that the “formula” they’ve hit upon is capable of producing enough variety to sustain interest for extended periods. Many of the pieces feature a bedding of soundscapes (basically Reuter), but where it goes from there varies widely, especially with Cross available. Mastelotto sometimes contributes a steady pulse and sometimes floats freely with his vast array of percussive sounds. The next CD contains four suites assembled from the improvs at four different shows. Once again, excellent from start to finish, and the cross-fading is so seamless you’d never know that these weren’t spontaneous organic creations. 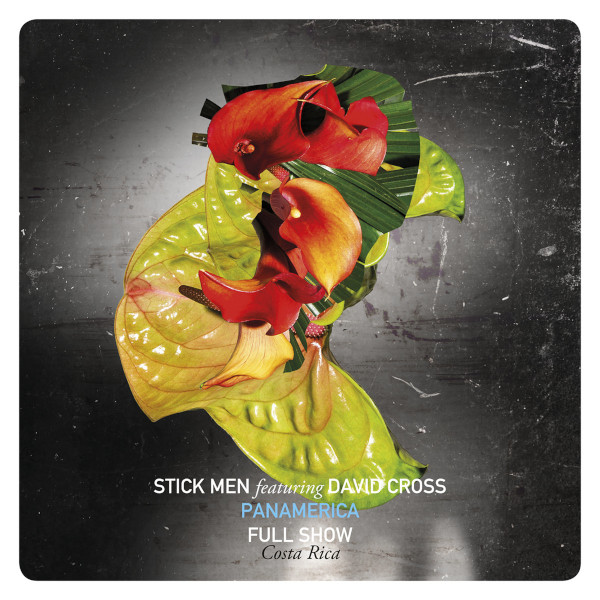 The Costa Rica show is presented in its entirety, 17 tracks totalling over two hours, complete with between-song announcements and stories about the music. This is where a listener can really experience what a Stick Men concert is like. I’d say “warts and all” but honestly there are no warts here. To be honest, I have actually heard mistakes at a Stick Men show, though they are extremely rare, and none are evident in this particular recording. The repertoire is drawn from Stick Men albums (“Hide the Trees,” “Cusp,” “Crack in the Sky,” “Schattenhaft,” “Plutonium,” “Mantra,” “Prog Noir,” “Open”), King Crimson’s history (“The Talking Drum,” “Larks’ Tongues in Aspic, Part II,” “Satori in Tangier,” “Red,” “Level Five”), new compositions (“Swimming in T”), and improvisations. Cross contributes worthy parts to even tracks where he was not originally present.

Finally, CD5 contains 70 minutes of soundscapes produced by Reuter and Cross without the others. The music is indexed into 14 tracks, but mixed into a continuous flow of varying tones and moods. While there’s no percussion involved, this is generally pretty far from ambient, with some very edgy, distorted tones at times, and some fiery playing, especially from Cross. In addition to their main instruments, both contribute keyboards from time to time, though it’s usually impossible to identify the source of the backing parts, which wash over the listener like overlapping waves of sound.

The music from Panamerica is available in four downloadable sets, along with a further set of “bonus tracks,” mostly improvs that were mixed for inclusion on CD1 but didn’t end up fitting. There’s such a wealth of great music here that you can’t go wrong. Certainly anyone who’s never seen Stick Men live should aim for the Costa Rica complete concert first. All of the other sets are more than worthy of your time, though it almost seems like overkill. But nobody’s forcing you to listen to all of it at once, so this document of a wonderful collaboration stands as a singular achievement. Very few bands could release this much music from a single tour and not sound like they’re repeating themselves.