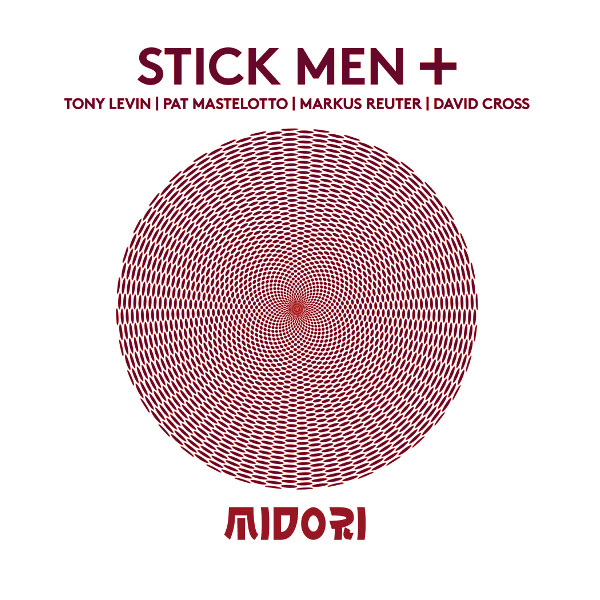 Stick Men has been a very busy band of late, somehow managing to tour extensively in spite of the other work all three band members do outside the trio. Keeping track of all the different projects that Tony Levin, Pat Mastelotto, and Markus Reuter are involved in would almost be a full time job. This edition of Midori collects together both of the band’s sets from the 2015 stop in Tokyo, previously available only in Japan (the first set was also released through Iapetus). The special thing about these shows, aside from the general high quality of all Stick Men performances, is the added presence of David Cross on violin. It’s no surprise that the addition inspired them to include a number of King Crimson tunes in the set lists (which is not completely unheard of, to be fair). But the selection of which Crimson tunes to play is a surprise, as it includes some from times outside Cross’ tenure in the band, notably 80s era pieces like “Sartori in Tangier” and “Industry.” Another unexpected choice is “Breathless” from Robert Fripp’s Exposure album (though Levin played on the original). To wrap up the Crimson portion of the program, they take on “The Talking Drum,” “Larks’ Tongues in Aspic, Part 2” and an adaptation called “Shades of Starless.” From the Stick Men catalog we get an arrangement of “Firebird Suite,” “Cusp,” “Crack in the Sky,” and “Hide the Trees.” The rest of the shows consisted of a number of improvisations and soundscapes, which show the real strengths of the band. In fact, the first set starts off with nearly 18 minutes of free-form music before launching into the first composition. This is a gutsy move, and the fact that it’s a riveting listen is the payoff for their boldness. If you’ve heard the kinds of improvs that Crimson was known for, these are along the same lines — sometimes amorphous rhythmically, sometimes building to brutal, jagged patterns. It’s pretty far removed from what many listeners might think of as a “jam.” No generic blues progression or one-chord vamping here. Listeners seeking coherent songs might be disappointed, but I consider this to be the true expression of their art. The “songs” on the album are representative of the group’s studio recordings — and for those unfamiliar with them, they fall roughly in the mold of instrumental King Crimson of the 90s vintage, though with more emphasis on atmospheric textures. With the exception of a spoken part on “Crack in the Sky,” there are no vocals. For those who never got into the 90s incarnation of KC, the spirit is in some ways more like the era that produced Larks’ Tongues and Red, especially with the participation of Cross. In short, Stick Men is one of the finest bands going today, and Midori shows them at their best.