The Smell of Incense — Of Ullages and Dottles
(September Gurls SGCD34, 2007, CD) 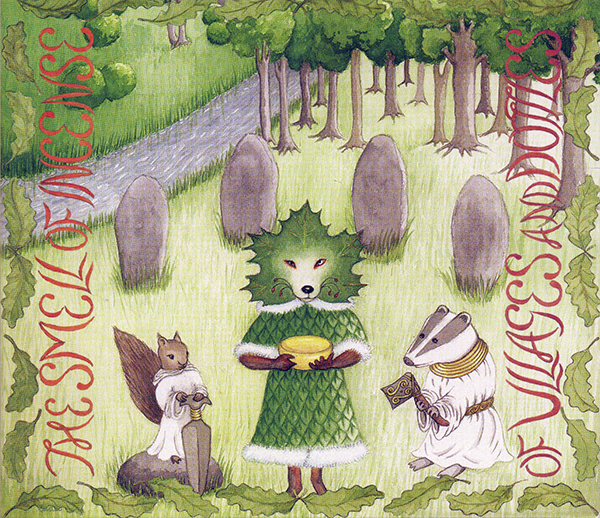 The passage of time is not always what it seems. Sometimes it crawls interminably and at others it passes in an instant. In the case of The Smell of Incense it is shocking to me that it has been 10 years since their last release. It seems like only yesterday that they released Through the Gates of Deeper Slumber. Today we have an older, more mature band composing and playing mellower psychedelic music in much the same style as before. Their new release Of Ullages and Dottles is available on both vinyl and CD. The CD comes in a simple digipack and the vinyl comes in a beautiful gatefold plus a 16 page lyric book filled with Bumble B's intricate pen and ink fantasy-inspired artwork. As with past releases, the band composes songs using poetry from noted fantasy authors Cicely Mary Barker, William Blake, William Ernest Henley, Richard Watson Dixon, George MacDonald, Henry Wadsworth Longfellow, and Mervyn Peake. Plus for grins they threw in a scatological cover tune by that oddball poet and musician Lady June. Of Ullages and Dottles is whimsical, paying homage to the "I Am the Walrus" and British psychedelia on "Laughing Song," supplying us dreamy guitars, sitars, Mellotron, and flute on "Where Forlorn Sunsets Flare and Fade," and inserting the haunting musical quote from Led Zeppelin's "Kashmir" in the middle of "The Golden Knot." All in all, listening to this CD is an extremely pleasurable and satisfying experience.