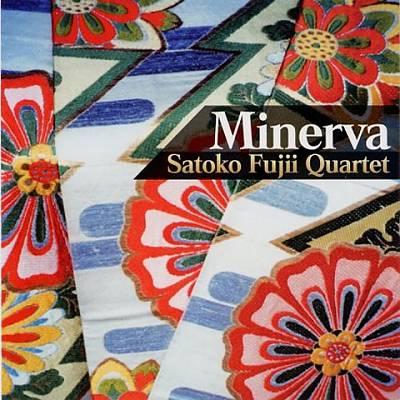 Fujii’s main Japanese quartet is spotlighted in this recent release. In contrast with her previous trio work, this collection of five pieces is a blistering workout of like minded players who push the envelope even further. The inspiration given to drive pieces such as the album’s opener is given toward intimate knowledge of the aggressive psyche of the improvisers involved. The group is rhythmically adept to handle syncopated passages and push for- ward into exploratory themes. Trumpet player Natsuki Tamura is also Fujii’s husband and as spent some time with many groups including the Music Magic Orchestra before joining his blistering trio. Bassist Takeharu Hayakawa and drummer Tatsuya Yoshida lay it down heavy and thick by pushing a pulse between them that is both powerful and combustible. Fujii’s own urgent piano fills as on the disc’s second track, a controlled mesh of Tippett and Evans going from free into sublet chording in less than a moment’s notice. “Selvedge” is the shortest piece on the album and it is bit angular in direction with Fujii and Tamura conversing free-style. “Weft” is easily the most moody and compelling piece on the album as the tempo is slower and self-assured. The main theme in the song makes it the most compelling on the disc Overall this is a hot extension of Fujii’s trio work. Whether with Japanese or American support players, she manages to deliver the goods.