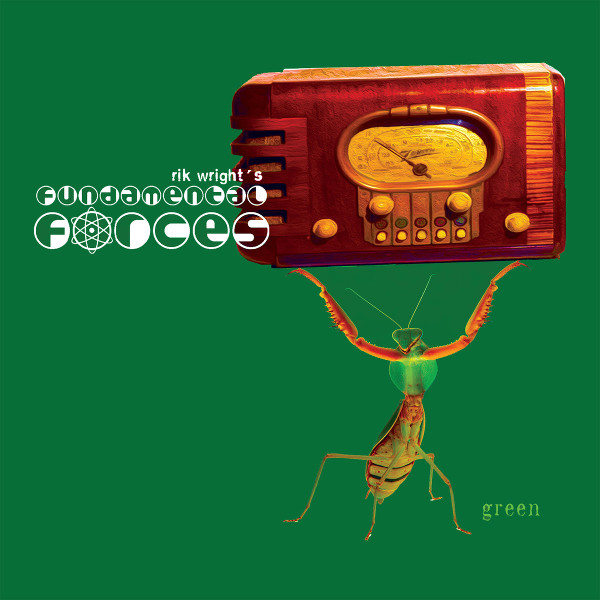 With the third of their “RGB” series (after Blue and Red), I’m beginning to feel like I could write this review by simply selecting a random stream of positive superlatives. Outstanding, creative, amazing… but that’s not very helpful, regardless of how accurate it might be. This Seattle quartet continues to ply their own path in jazz with a sound that is neither within nor completely outside what passes for the mainstream these days. The first track, “Contradiction,” sneaks up on the listener with a bouncy melody played in unison between leader Rik Wright’s guitar and Jim DeJoie’s alto sax, then takes off into a sax solo that does a masterful job of working from blues-based licks into increasingly outside notes as the guitar ramps up the tension with distorted chords. By the end of the solo, DeJoie is really screaming, then turns it back around with an echo of the main theme before handing the reins to Wright for another improvisational journey, again with roots in bluesy phrases but taking them well beyond. It’s an outstanding tune – oops, I’ve already said “outstanding” once. Next up is “Sugar Crash,” which might be my favorite of the bunch, with an insistent riff reminiscent of 60s spy music. More great playing from DeJoie (on bari this time), and inventive backing from drummer Greg Campbell, whose use of silence is smile-inducing, and bassist Geoff Harper, whose sense of how to vary a riff without losing its spirit is key to the proceedings. “Patience” provides a mellow interlude with some lovely clarinet work, then “Harmonic Tremor” gives us an energetic workout and proves that solos on drums can be just as interesting as any other instrument. This band is about subtle mastery of tone, whether it’s the perfect selection of effects on the guitar or the choice of woodwind for DeJoie to play or Campbell’s use of found metal objects as part of his kit. Green should provide enjoyment for jazz fans and non-fans alike, as they avoid the features of jazz that often turn off outsiders and provide hooks into the music that don’t rely on the well-worn cliches of the genre. Superb! (Have I used that one yet?)