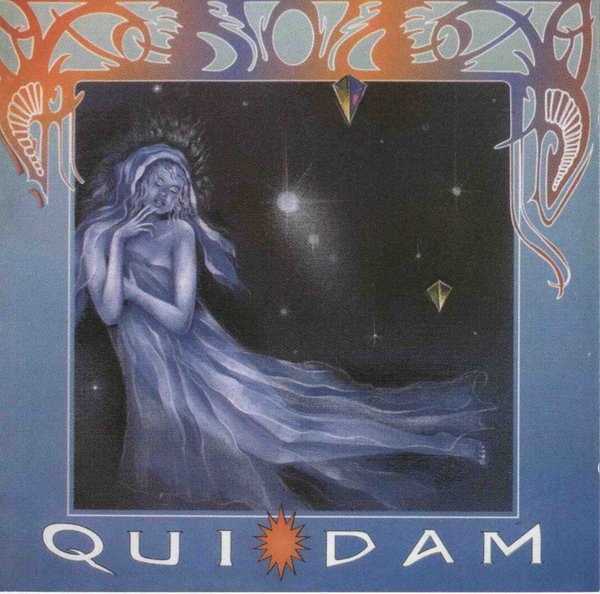 I love almost any album that starts with heavy organ... almost. To be a bit more objective, this self-titled album by the symphonic Polish band Quidam is like a lot of other bands: less derivative / more associative. It's also a challenge to analyze music where the primary language isn't English, so the merits of the compositions and players really need to come to the forefront. The core of the band is listed as the bassist, drummer, and guitarist, who have been gigging together since 1990; the women are the newer members in the group. Both are welcome and notable additions to Quidam's semi-complex sound. Flautist Ewa Smarzynska adds polish and warmth to the opening track, "Santuarium." Emila Derkowska is the spirited female vocalist who has a soft attack and pleasing voice for an unfamiliar language. She cuts loose in a bluesy scat-style solo at the close of Track 2. The group is good at combining small doses of a Marillionish approach in several songs with a later-day Floyd symphonic style without such a heavy hand. Recording and engineering are outstanding; there's a great balance in the mix that brings out the best aspects of quiet moments in several of the compositions. Good interplay between members is also a strong indicator of a talented band: lead guitar solos and synth washes make use of clearly understated most of the disc — a sign of maturity. My vote is easily cast for Quidam as a strong European contender for LA Progfest 97.