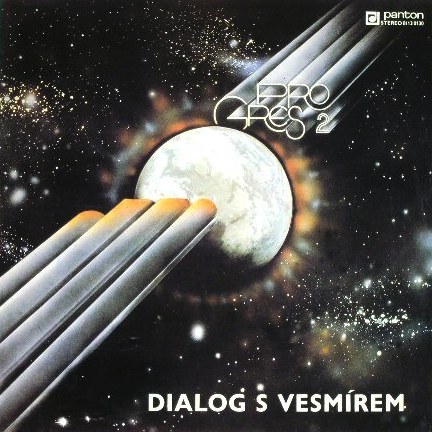 This is a solid 76 minute live set from one of the better Eastern European prog bands. Progres 2 recorded several albums in the late 70s/early 80s featuring a rather dark and aggressive symphonic sound with spacious keyboard laden songs flowing into one another forming album length continuous pieces. Dialog S Vesmírem proves that they could recreate their complex studio sound in a live setting. With a two guitar, two keyboard lineup, the band navigates through their typical menagerie of styles; spacy and mysterious instrumental sections; vocal sections with an exotic, almost Euro-techno feel, and more open jam sections with guitars soloing over heavily processed analog keyboards recalling some of Zappa's mid-70s work. There are a few less than stellar moments of boring pseudo-pop, but they are quickly replaced by the unique progressive sound of Progres 2. This is not quite on the same level as their double album jewel Třetí Kniha Džunglí, but it is definitely worth a listen.