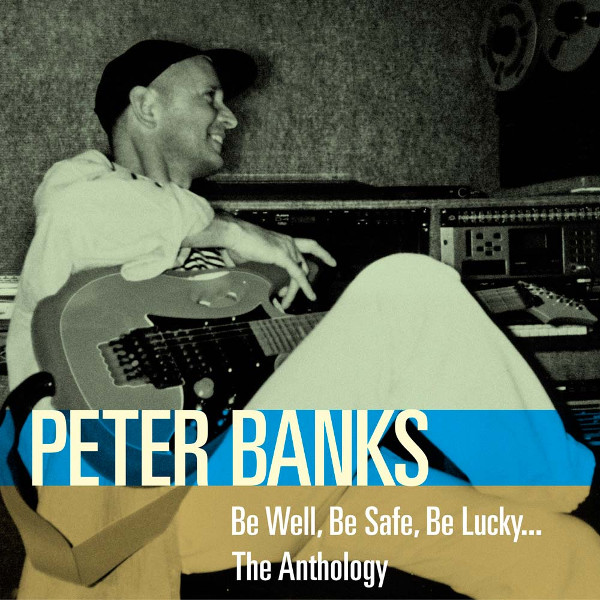 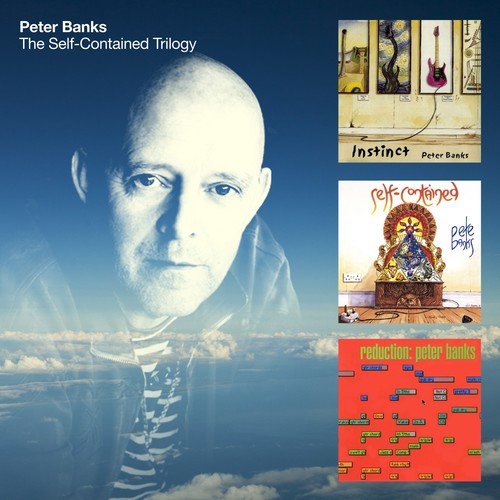 A founding member of Yes, guitarist Peter Banks was unceremoniously dismissed after two albums and replaced by Steve Howe. Banks’ creative muse was still on the rise, however, and soon there was a new band with Banks at the helm: Flash. Three excellent albums were released in 1972 and 1973 (and two more live releases have emerged from that period in the years since), but that too ended after a fourth US tour. A fine solo album The Two Sides of Peter Banks was released in 1973, with guests like Phil Collins, Jan Akkerman, John Wetton, and Steve Hackett, plus his Flash ex-bandmates Ray Bennett and Mike Hough. It looked like a promising beginning to a solo career, but there was no follow-up. For the next six years, Banks worked on putting a new band together (music press described it as a new Flash) with his wife and singer Sidney Foxx plus a number of other musicians. Unable to use the Flash name, it bore the moniker Empire; three Empire albums were produced, but nothing was released in its time, and the band broke up in 1979 with no recordings released (although nearly twenty years later in the mid-90s these would eventually be released). Thus began a long period of silence, no solo releases, no bands, occasional sessions, but from all outward appearances it would seem like Peter Banks was in retirement.

That all changed in 1993 with the release of Instinct, the first of three solo albums (in the true sense) that are part of The Self-Contained Trilogy, reviewed herein. It’s a purely instrumental album showcasing the best of Banks’ composition and guitar craft, very unlike anything he had released before. He plays nearly all the instruments, with a little help from his friends Gerald Goff and Bill Forth (who are co-composers on several cuts) and, instead of vocals, to break up the instrumentals there are recorded voices and such used as interludes between many of the tracks. The opener, “No Place Like Home,” is a beautiful multi-tracked piece for electric guitar only, a very personal spontaneously composed piece that is at once warm and expressive. Many of the pieces on the album are fused together into longer suites, sometimes crossfaded, sometimes joined with recoded bits and samples. It’s the early 90s and one can expect to hear a lot of drum programs, though most are decent and at worst tolerable in support of Banks’ creations although (as always) a real drummer would have certainly provided these pieces more life and power. Pieces like “Shortcomings” straddle the border of electronica, though Banks’ guitars always provide essential guidance to the proceedings, and offer a melodic counterbalance to what could easily descend into percussive and electronic chaos; no doubt that much of that track was cut at half speed and played back at full, with at least a half-dozen or more guitar overdubs. The next album, Self-Contained, was a similar pursuit, released in 1996, perhaps better conceived overall, and certainly longer, clocking in at over 75 minutes. Again as before, pieces are often strung together into longer suites using recorded voices as interludes and crossfades. The most impressive of these fuses eight tracks and is titled “It’s All Greek to Me,” throughout feturing a foundation of Greek and middle-eastern sounding themes and instrumentation with Banks’ electric guitar soloing superimposed and interspersed, and when all is said and done a full 24 minutes have passed – perhaps the finest ‘suite’ on all of these three albums. Some recorded vocalizations and sparse chanting creep in during the quieter moments. A beautiful piece, from beginning to end. “Two Sides” is an expressive, ambient piece that leads into “Self-Contained,” another beautiful solo electric guitar piece much in the vein of the opener of the previous album. Many more gems are hidden away on this album, making for a truly enjoyable spin. Onward to the third album of the trilogy, Reduction, from 1997. Overall this one is more of the same, but overall seemingly not as inspired as its two pedecessors, being more programmed, repetitive, and noisy, although as always flashes of Banks’ brilliance abound. One fine track is the beautiful “Fade to Blue,” which shows what Banks can do with a nylon string acoustic without all the heavy handed programmed nonsense messing up the ambience. Speaking of ambient, the dreamy intro “As Night Falls” into “Consolation in Isolation,” another beautiful ode to magical guitar solitude. “As Ever” is another standout in the same vein. I wish the entire album was as exceptional as the cited tracks, but it’s a fact – you can’t hit it out of the ballpark every time. There you have it, all three albums of the late guitarist’s 90s output.

So along with The Self-Contained Trilogy, the Peter Banks estate has released a two-disc anthology set titled Be Well, Be Safe, Be Lucky… The first disc is subtitled The Best of Peter Banks, and contains a full disc featuring tracks culled from the trilogy above, two cuts from his 1973 Two Sides album, and a reworked version of an old Flash tune “Small Beginnings (Flashback Version)” with Banks playing all the parts, something that was taken from a CD with the Beyond and Before autobiography. Where this anthology really shines, offering something special and unavailable elsewhere is on the second disc, subtitled Can I Play You Something More. Years ago there was a compilation Can I Play You Something, which contained eight cuts by Banks along with thirteen tracks by Banks’ pre-Yes bands The Syn, The Devil’s Disciples, and Mabel Greer’s Toyshop (which in fact morphed directy into Yes). The second disc of the anthology at hand pulls all eight Peter Banks titles from the earlier compilation, and adds two tracks from Guitar Workshop II (“Dancing Angel” and “Warning: Rumble Strips”), the Banks / Robert Berry version of “Astral Traveller” recorded for the Tales of Yesterday compilation, yet another different version of “Small Beginnings (Epic Flashback Version),” as well as three previously unreleased songs including “Knights (Revisited),” a reworking of one of the standout tracks from Two Sides, featuring his old Yes bandmate Tony Kaye on organ, bass by Billy Sherwood, and drums by Jay Schellen from Hurricane and Asia. This anthology is pretty solid across both discs, the first disc presenting many of the best tracks from The Self-Contained Trilogy, and the second collecting various rare and unreleased cuts from over the years.