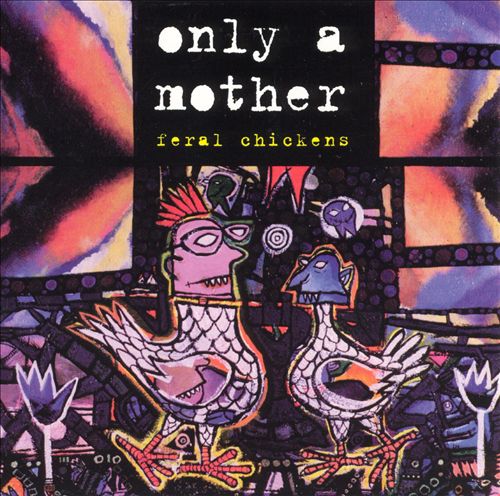 What do you get when you combine five highly original and multi-talented musicians with a veritable endless supply of musical instruments? Man, I'd hate to be a roadie for these guys, you'd need to drive a Bekins van of musical odds and ends to every gig. You name it, they play it — zither, bass, pump organ, bassoon, saxes, ukelele, banjo, clarinet, melodica, violin, cello, harmonium, trombone, bongos, guitar, drums, piano, ephicleide. Ephicleide? What the heck is that?! And did I mention the male and female lead vocals? Even at that, they still have guest musicians playing additional banjo, vocals, and accordion, among them Amy Denio and Eugene Chadbourne. From all this, Only a Mother have created their own unique and somewhat bizarre collision of styles that falls somewhere between unplugged European folk and American jugband, with some jazz, classical, and avant-garde elements added for good measure, and a twisted lyrical style that might recall The Residents. This is very odd music, as you might imagine, and thus nearly impossible to describe in any kind of comparative terms. All the tunes are originals, with the exception of their cover of the Stones' "Mother's Little Helper." This is their third or fourth album, and I must confess to not having heard any of the earlier ones. Yet. File under interesting, unusual, and adventurous.