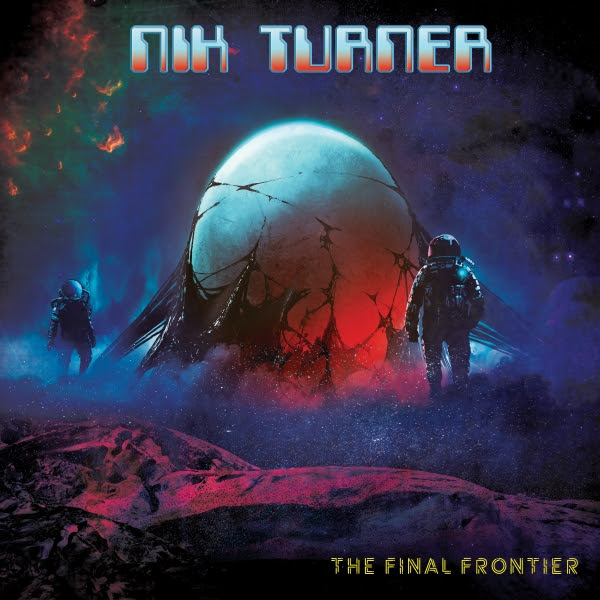 With The Final Frontier, Nik Turner gives us another tasty slab of what he’s best at — rollicking space rock with steady grooves, trippy synthesizers, and plenty of Mellotron topped by sax, flute, and chanted or spoken vocals. He’s supported by more or less the same musicians featured on 2017’s Life in Space: Bryce Shelton (bass), Jason Willer (drums), Nicky Garratt (guitar), Kephera Moon (keyboards), and Simon House (violin). Chris Lietz, who mixed the album, contributes additional keyboards, as does producer Jürgen Engler (along with bass and guitar). Presumably anyone who picks up a Nik Turner album knows what to expect (barring the fusionesque Space Fusion Odyssey), and there will be no disappointments here. “The Final Frontier Part 1” sounds at first like a lost track from Saucerful of Secrets until Turner’s flute and echo-drenched recitation remind you who’s at the helm. Floating space-outs have always been part of the Turner repertoire, and The Final Frontier contains a higher percentage of them than usual compared to uptempo rock songs. While there’s nothing new on offer, Turner does the tradition proud, carrying the Hawkwind banner into the cosmos and planting it on new worlds that look like the old worlds with slightly different weird flora and fauna.