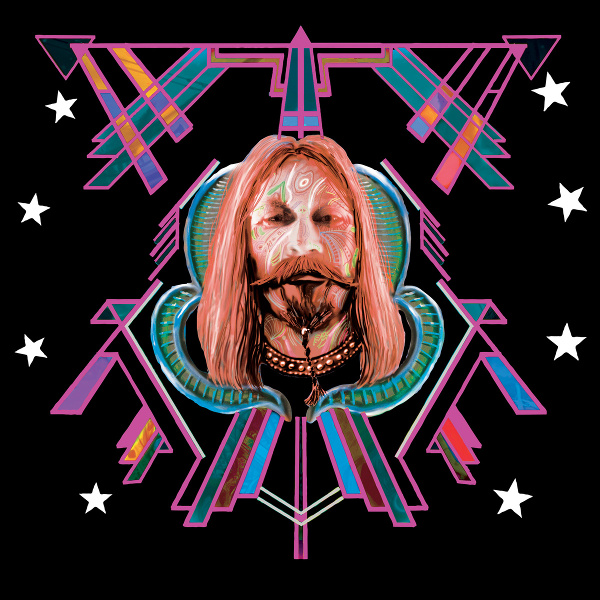 With Space Fusion Odyssey, Nik Turner shows us a different side of his musical interest. Let’s look back to the heady early days of jazz fusion, when many jazz artists adopted science fictional themes or at least artwork in their music — think Hymn of the Seventh Galaxy or Thrust — and consider the connection with Funkadelic’s funky sci-fi jams. Also take into account Gong’s jazzy instrumental excursions on the Radio Gnome Invisible Trilogy and Steve Hillage’s solo work. Hawkwind tended toward the rock side of space rock, while Gong dabbled in the jazz side, but are they really that far apart? This all-star outing features contributors from all across the spectrum, from Billy Cobham, Steve Hillage, John Etheridge, Billy Sherwood, Gilli Smyth, and many more. The result is a non-stop spaced-out jazz-rock orgy of cosmic proportions, full of tight grooves, hot solos, and crazy synthesizer noises. It’s like all the best Ozrics Tentacles tunes rolled together into one album, or Acid Mothers Temple really concentrating on concise statements. It’s cool to hear a Mellotron in this context, and Turner indulges in some fun wah-wah action on his sax. This Odyssey is a solid effort all around, and certainly among Turner’s all-time best releases.