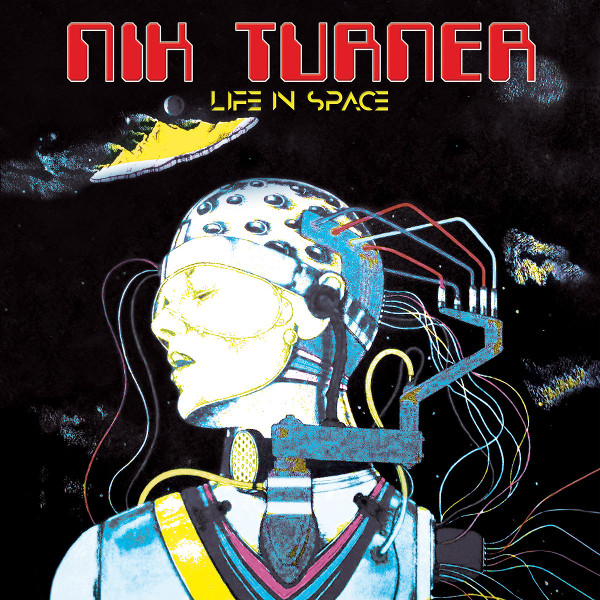 After a diversion into jazz fusion on 2015’s Space Fusion Odyssey, Nik Turner is back in more familiar territory for Life in Space. He’s working with many of his recent collaborators — Jason Willer (drums), Nicky Garratt (guitar), Chris Lietz (keyboards), Kephera Moon (keyboards), Jürgen Engler (bass, synthesizer, guitar), and Bryce Shelton (bass) — along with former Hawkwind bandmates Simon House (violin) and Paul Rudolph (guitar). In case you’re not familiar with the names, their backgrounds consist of the bands Hedersleben, Brainticket, and Die Krupps. The music is in classic space rock territory, with trance-inducing riffs, swooping synthesizers, and trippy lyrics. And wah-wah pedals — can’t forget those. There’s even a version of the Hawkwind classic “Master of the Universe.” In the realm of space rock that doesn’t consist of instrumental tracks stretching into double digits of minutes, the kind that consists of more concise songs, it doesn’t get much better than this. Nik Turner remains the captain of the interstellar colony ship, overseeing the next generation of travellers on the long voyage into the void. Several of the tunes are built around strumming acoustic guitars, providing a nice change from the driving rock rhythms and electric guitars. Turner’s flute shines especially well at these times, like a visit to the relative quiet of the hydroponic gardens of the massive spaceship. Vocals are sung and spoken, and always drenched in reverb and other effects as if they’ve been transmitted from a distant, unknown place. On all of the tunes, Mellotron provides the glue holding it all together, whether with sweeping chords or majestic melodies, bringing a glorious eerie tinge to the music. With Life in Space, the legacy is clearly alive, and Nik Turner is going strong nearing the half-century mark of his musical career. Long live the Thunder Rider!

Haakon Ellingsen - Bounty – Many many years ago (in issue #12 to be precise) we reviewed a wonderful and heavily Beatles influenced psychedelic pop album titled Kindergarten by Norwegian trio The Last James. Haakon Ellingsen...  (2008) » Read more