New album and tour from Gong

Everyone's favorite band from the Planet Gong will be very active in the second half of 2014. Their new album, called I See You, is due out September 1, and the summer and fall feature a busy tour schedule all over Europe. North American fans... who knows?

From the Madfish press release: 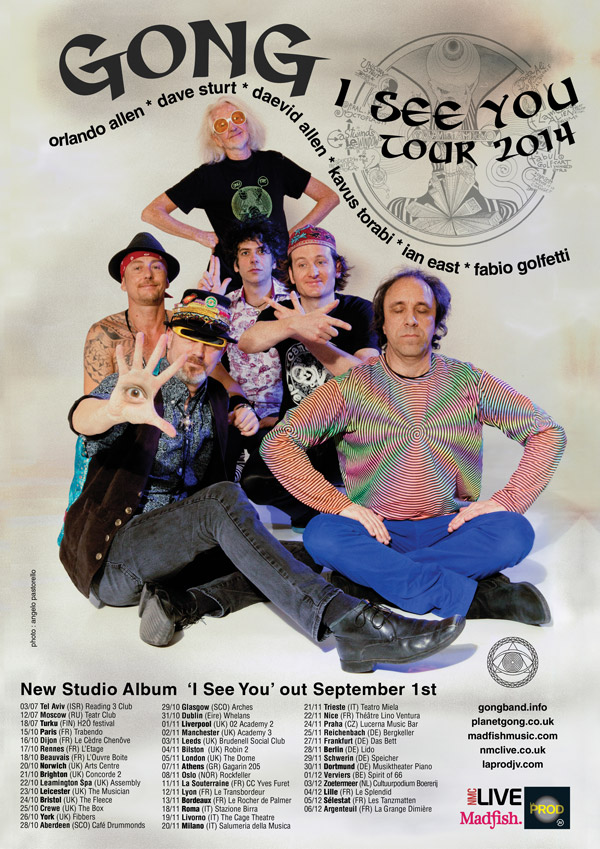 Tour dates, which run from July through December, are listed at the link below. They'll be hitting Israel, Russia, France, Germany, the Czech Republic, Finland, Ireland, the Netherlands, and the UK — though not necessarily in that order. So gas up your flying teapot with whatever fuels it and head out to the show!

This band has been through many incarnations, and there have always been surprises and fun to be had with each new twist.