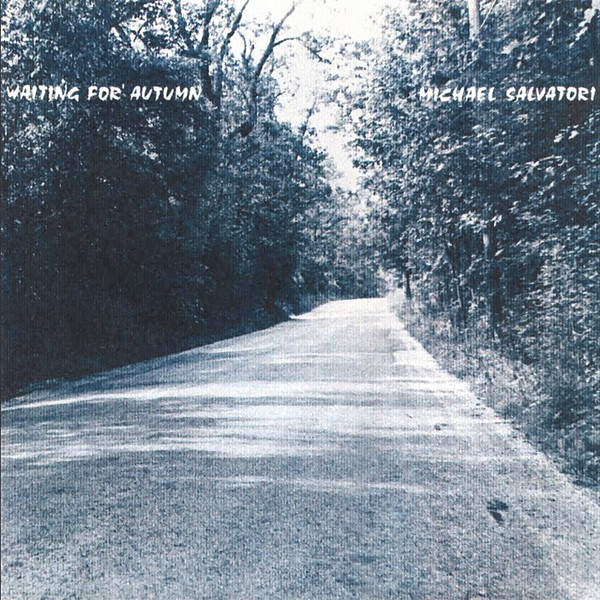 Salvatori is a name you’ve seen often if you follow Exposé — we’ve reviewed two albums by Tom Salvatori in the last year or so (Respite Guitar and the latest Seven Guitar Miniatures) — but there is also Michael Salvatori, Tom’s older brother, who also plays guitar, keyboards, and more; both brothers were featured on the demo recording The Castle as the band Apocalypse, a progressive rock quartet from the Chicago area that recorded their demo in 1976, but misplaced It for 45 years until it was found a couple years ago and released. Michael Salvatori was the prime mover in Apocalypse, and seven years after, the elder Salvatori released his debut solo album, Waiting for Autumn. That original album on Nightshade records was only pressed up in a few hundred copies, and today exists as one of the rarest vinyl artifacts, but fortunately 40 years later has been reissued on CD. In the years after the original album’s release Michael Salvatori found lucrative work producing the music for commercials and jingles, and later writing and recording video game soundtracks, including the very successful HALO series and now the Destiny series, which he does to this day. Five of the six pieces on Waiting for Autumn are beautiful slabs of pastoral prog, seeming at times like a suitable follow-on to what a better-produced Apocalypse album might have been, flush with outstanding vocals and harmonies, complex compositions, and superb arrangements, all in a midwestern progressive rock style. Several other musicians play on the album, including brother Tom (on classical guitar), Gail Salvatori (backing vocals), Henry Bahr on drums, keyboardist Gary Polkow, and other guests on guitar, flute, bass, and more. Standout tracks include the eight-minute three-part “Letter from the Front,” the Kansas-like “Throw It to the Wind,” and the superb title track sport intelligent and heartfelt lyrics, and stand strong next to the powerhouse instrumental “A Matter of Time,” leading into the nine minute closer, “Epilogue.” In sharp contrast to the progressive rock nature of the rest of the album, the opener “When I Look in Your Eyes” seems like a duff attempt to create a hit song that hasn’t stood the test of time so well, and in parts cringeworthy. Still with that said, there’s far more good in Waiting for Autumn that should be heard by fans of the gentler side of progressive rock bands like Kansas, Starcastle, very early Styx, and the like. Good to finally have this one available again.