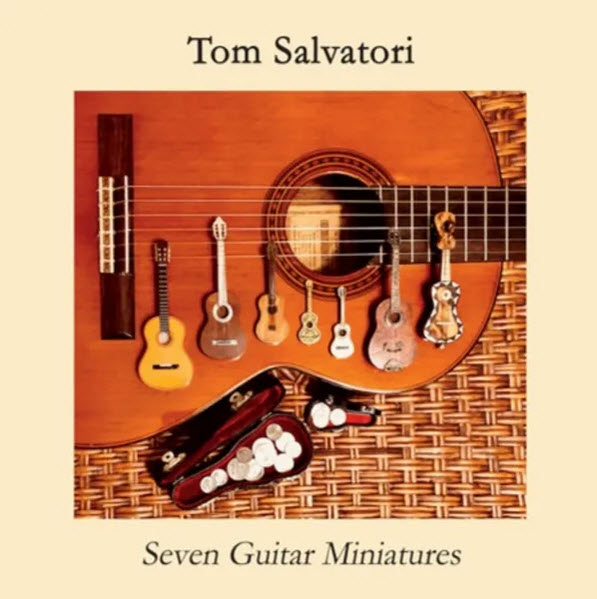 One has to ask the question, what exactly constitutes a miniature? In fact the seven solo acoustic guitar compositions on the album at hand have a total time of twenty-one minutes, making the average length of each around three minutes, which is plenty of time to elaborate a complex, fully formed piece. Was a time when something three minutes was considered too long to play on AM radio, but then “Hey Jude” came along and all that changed forever. Still, the only thing miniature about Seven Guitar Miniatures is that there are only seven of them, effectively one side of an LP! Salvatori acquits himself with splendor and brilliance across these seven solo pieces, each developed carefully across its duration, each with a calm gentle disposition and full of emotion. The seven cuts here are completely original, not jazz, not blues or country either, seemingly free of any genre classification - though stylistically not unlike similar works by guitarists like Gordon Giltrap, Anthony Phillips, Steve Hackett and others. Listeners familiar with Salvatori’s earlier release Respite Guitar (2020) or even further back, Late Night Guitar (2001) will have some idea of what to expect here, though one has to note that the warm and immaculate production on Seven Guitar Miniatures goes far beyond anything Salvatori has done previously. Have a listen at the link below.