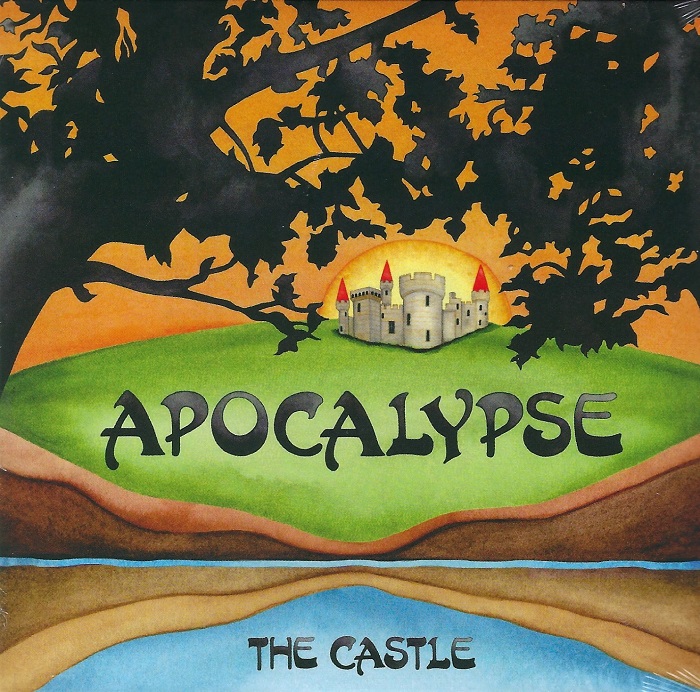 In the early to mid-70s USA, a number of progressive rock bands came and went, most inspired by the English bands who tended to be far more successful at the time. Some got to record an album proper, some like Happy the Man, Dixie Dregs, Kansas, and Styx found localized success and in the case of the latter two went on to become quite popular, but for every great stateside progressive band that left their mark, there were probably a hundred or more that disappeared without a trace. Apocalypse, from the Chicago area, was one of those latter casualties, formed in the mid-70s by elder brother Michael Salvatori (band leader, composer, vocals, guitars, recorder), Michael’s wife Gail Salvatori (keyboards, violin, backing vocals), younger brother Tom Salvatori (bass, guitars, classical guitar), and his friend Scott Magnesen on drums. The quartet put some excellent songs together and quickly got to work on refining their sound, playing out, and recording a demo of their best material, which was completed in 1976. Within a few months the band split up, Michael and Gail starting their family, and Tom and Scott heading off to college, and their reel-to-reel demo tape forgotten as well, eventually thought to be lost in a studio fire years later at the elder Salvatori brother’s studio. Until 2021 that is, when the tape was found in a dusty old basement storage bin — it hadn’t been destroyed after all, and finally makes its debut on LP here. The five tracks here on The Castle are quite original and skillfully crafted, and while this is squarely in the progressive rock realm, it’s not a knock-off of any other band’s style, in fact any listener might be challenged to identify Apocalypse’s influences, except perhaps a short Gentle Giant / Gryphon like break during “Turning Around” on side one. Their five songs have it all, clever compositions with interesting arrangements, a superb sense of melody, with odd time signatures and rhythms mixed in, suites with numerous sections, superb harmonies throughout, the whole of the five clocking in at around thirty-eight minutes. The execution is brilliant and flawless, it’s well engineered, but this is nonetheless a demo, there is room for improved production, but circumstances never allowed any follow-up. In the years since, Michael Salvatori has released one solo album in 1982 (which features most of the Apocalypse crew and others), produced numerous commercials for TV and radio, and scored the music for the Halo video game, among others. Tom Salvatori has released numerous acoustic solo guitar albums in the vein of Steve Hackett, Anthony Phillips, and others, several have been reviewed on this site. The Castle is a look back in time to where it all began.