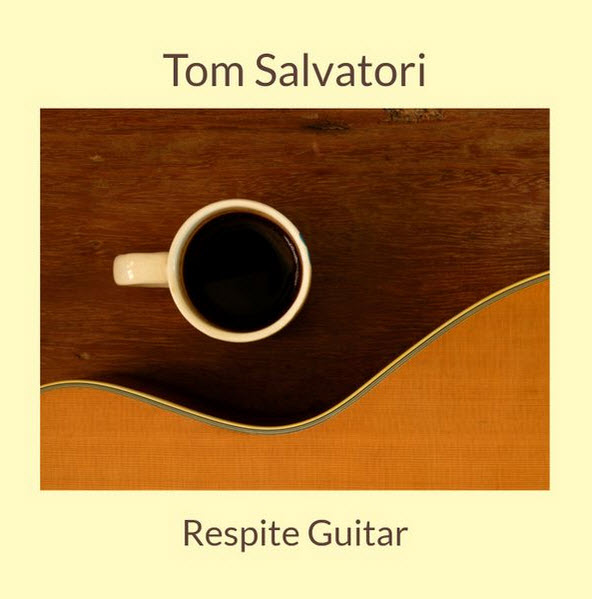 Salvatori is a Chicago based composer, guitarist and producer who has been active since the mid-90s, with at least seven solo guitar albums to his credit during that time, several collaborations with the late pianist Iris Litchfield, numerous single releases and several compilations. He’s also produced albums by other artists along the way — among them the two excellent albums by Paul Christian reviewed in these pages. Salvatori’s latest effort, Respite Guitar, is entirely composed on nylon string guitar, and though it may bear some resemblance to his 2001 release Late Night Guitar, that one was performed on a number of different guitars (nylon, steel string, and more), and also featured some flute, oboe, piano, and cello accompaniment on selected tracks. As beautiful as that one was, why would an artist choose to repeat himself? With the latest album, Salvatori composed seven different beautifully melodic pieces for nylon-string guitar, each as unique seperate compositions, and then following that combined all seven into a lengthy twenty-eight minute “Respite Guitar in Nature Suite” where all seven meet again — in their original running order, and are taken to the next level with an array of sound effect enhancements that offer the pieces an added dimension. While the seven compositions only account for about twenty-two minutes overall, the full suite adds an additional six minutes that are rounded out by the effects, for example the initial track, “New York Minute,” is only a minute seventeen seconds, but with the added “city sounds” to the beginning and end of the piece, the suite version ends up being nearly three minutes. For the remainder of the pieces, it’s mostly bird songs, insects, gentle wind, crashing sea waves and gulls, and other enhancements that all add to the flavor of the pieces, even though one realizes after a spin or two they are listening to the same basic guitar tracks twice. Still, what Respite Guitar has on offer is no less magical when presented as seven concise tracks than it is as one full length suite. Dreamy and beautiful, beginning to end.