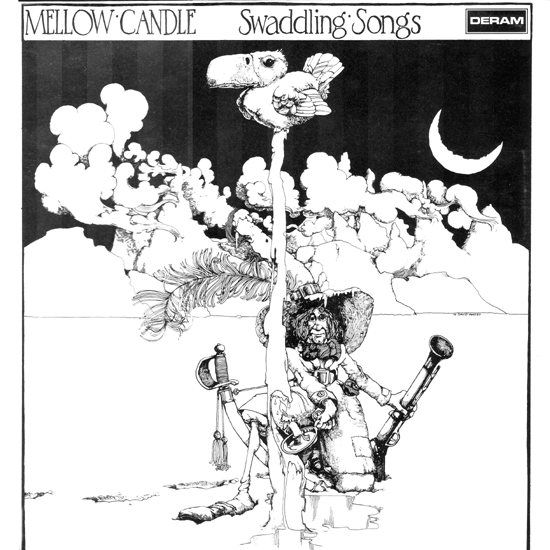 This album was created by a very young band, which is amazing when you think that nearly every song on it is flawlessly executed. It's a perfect example of the way gift and naivete can be intertwined, you have two astoundingly amazing vocalists who probably were in their teens or barely out of them delivering terrific perfomances, not just in each individual sense, but as a collaborative as well. In many cases you can hear Clodagh Simmonds in one channel and Alison Williams in the other and I've played this so many times that I've spent time just listening to each line and the way the two combine when they're both singing. This could be the premiere folk rock item of the early 70s, it's not as wild and abandoned as First Utterance but it's intensely beautiful, with some of the finest ballads ever put to record. I often wonder if the reason I took to this is because I instinctively recognized one of the vocalists from another amazing album, which just happens to be the one I'll tackle next. Anyway this is one anyone should hear, it shows how youth and precociousness can easily trump maturity.

I think this one may have been repressed again, since I have seen many copies poke their heads out recently. This album in my opinion is the pinnacle of English progressive folk a la The Trees, Fairport Convention, and Spriguns. This band has two excellent lead vocalists; one of them, Clodagh Simmonds, went on to be one of Mike Oldfield's early vocalists (check out Ommadawn for a good example of her style). Both singers are simply outstanding, counterpointing each other (or themselves depending on the tracks) to incredible heights. There isn't a duff track on here, and is an ideal one to turn the non-progressive rock fan on to some new music as it is quite accessible. A flawless classic.