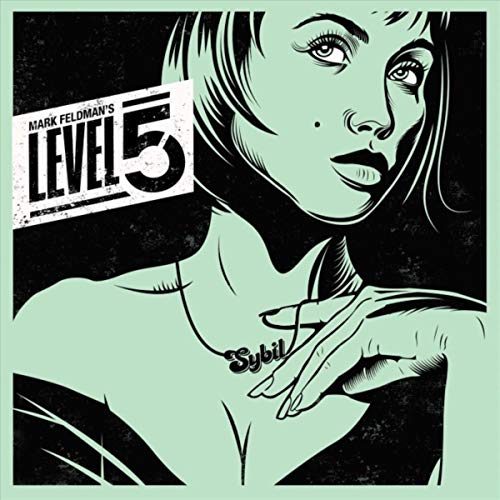 This short but anazingly effective helping of crisp, snappy, aggressive instrumental funk clocks in just shy of twenty minutes, and is in fact the debut offering by Level 5, the four-piece led by NYC session drummer Mark Feldman, with an amazing collection of musicians, including guitarist Oz Noy, who wrote all three of the three pieces here, bassist Will Lee, and keyboardist Adam Klipple. Just to confuse matters, the live version of Level 5 features Feldman and an entirely different crew, and have been gigging fairly regularly around NYC and Long Island since the end of 2016, The Bitter End being one of their favorite haunts. The opener “Sybil” hits a smooth stride alternating between a jazz-infected groove and outbursts of heavy rock, with Noy and Klipple trading moments in the spot, while Feldman and Lee hold down the infectious groove. The approprately titled “Swagger” carries the torch forward with a catchy but constantly morphing groove, again with frequent sidetracks to keep it all interesting; Feldman states that Jeff Beck’s early 70s Wired and Blow By Blow rock-fusion period was a big influence on where he wanted to go with the band, and it certainly is in evidence here. The closer “Jabber Jaw,” which arrives all too soon, is sort of like a conversation between the players, all jumping around through flaming hoops, pushing an effective funky edge that the entire band can navigate within. Noy turns in some brilliant guitar solos throughout, and Klipple fillowing right behind on electric piano and organ. The energy never stops for even a moment. Yes, I could certainly survive a full length release of this; bring it on!

Adrian Belew - Side One – Maybe it’s not fair to say Adrian Belew has been through a lot of phases. It’s more like he has many facets within him, and you see different things depending on which way he turns. For this...  (2006) » Read more