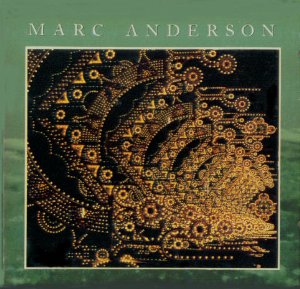 Usually prog fans expect a certain level of complexity in their music, and a quarter-century's worth of artists have pushed the level of complexity in rock music in many ways: structurally, melodically, and often rythmically. With the marriage of technology and music, the 90's have offered a new approach, that of textural complexity. In this form the artist strives to produce timbres and soundscapes which challenge the aural senses and take the listener on a rich journey. With some help from Steve Tibbets (mixing, occasional guitar blurb) Marc Anderson uses percussion instruments as the vehicle for that journey, ranging from hosts of congas and steel drums to other more exotic world instruments. Naturally, the music is based on ethnic and tribal rhythms and the use of steel drums in the quiet passages (virtually the whole disc) to carry the melody is unique, but not very interesting for more than a single listen. Bass and guitar are used very sparingly as filler, and the whole album is very atmospheric and totally minimalist. Which isn't to say that it was doomed from the outset, because texturally complexity can indeed work very well as a prime focal point (Djam Karet's Suspension and Displacement ranks as one of the greatest achievements in that arena) but Marc Anderson has completely overlooked his tones and timbres. They are lifeless, dull and boring throughout, as is the writing. Strongly recommended for insomniacs.