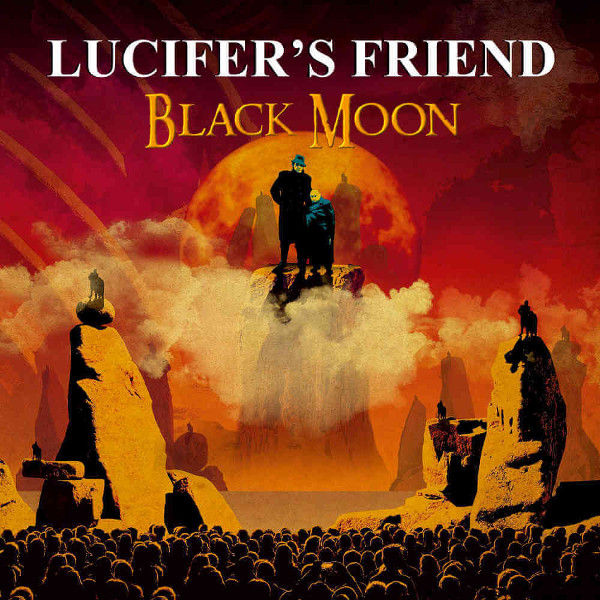 Lucifer’s Friend hit the scene around 1970, a German progressive hard-rock band fronted by the gifted British singer John Lawton, their apparent influences were Led Zeppelin, Deep Purple, and Uriah Heep, They had a good twelve year run, although Lawton left in 1976 to join Uriah Heep; he was replaced by Mike Starrs from Colosseum II and the band’s sound subsequently turned in a more commercial direction. Lawton returned to LF for the 1981 album Mean Machine, and his 1982 solo album Heartbeat was backed by all of the musicians from Lucifer’s Friend of that period, making it in essence another album by the band, but they split in 1982. They reunited a dozen years later for a one-off album but then split up again. The current band reformed in 2014, featuring original members Lawton, bassist Dieter Horns, and guitarist Peter Hesslein, the latter two doubling on keyboards, plus newcomer Stephan Eggert on drums. In 2015 they released the double CD set Awakening, the first disc a compilation of their best work from the 70s, and on the second disc four brand new tunes, which led to the Too Late to Hate album in 2016. Black Moon is the follow-up to that album, and shows all four members in finest form, with Lawton being the focal point of their sound, which today is a powerful and driving melodic hard rock that’s a bit like a trip in the wayback machine to the first half of the 70s. Lawton handles all of the lead and backing vocals with as much confidence as he did in the band’s heyday, plus several guest musicians augment the core band track depending: a trumpet solo and congas on the title track, a synth solo on “Palace of Fools,” and an electric violin solo on “Freedom,” perhaps the album’s finest track, although there isn’t a bad track to be found anywhere here, with all compositions by Hesslein / Lawton, all with intelligent and thoughtful lyrics; one might say that with this album and its immediate predecessor they are picking up right where they left off in 1976 when Lawton split the first time. This is hard rock, but definitely not metal. If you like that first era of Lucifer’s Friend, or early Uriah Heep, this is for you.