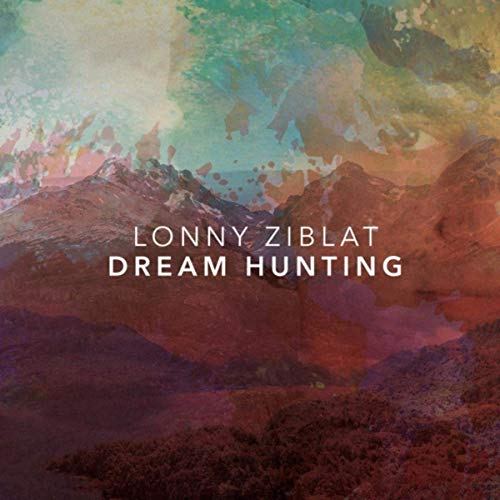 Ziblat is an Israeli-Argentinian singer-songwriter and composer of film music now based in Holland, who first came to our attention when he was the leader of the band Modest Midget around the time of the band’s first album The Great Prophecy of a Small Man, around 2010. Concurrently, Ziblat launched his solo career and released his debut Songs from the Drawer in 2011, as well as an album in Hebrew titled Khalom (A Dream) in 2012. The following year Modest Midget went back out on tour and released their second album Crysis in 2014, but shortly after that the band broke up. The album at hand, Dream Hunting, was composed and produced in the the four years from 2015-19, during which time Ziblat also pursued work making music for film and television, and also composing material for other artists. Three songs were written for Dutch singer Wouter Hamel which he ultimately didn’t use, so Ziblat recorded them himself and they appear here (“Outta Sight,” “Barby Q,” and “Another Day”) along with eight other songs that were emerging throughout this period. This is a solo album in the truest sense, heartfelt songs that are built up from overdubs (Ziblat plays almost all the instrumentation, all sorts of guitars, keyboards, mandolin, bass, ukulele, charango, programming, and percussion), but on some of the tracks enlists the help of drummers and occasionally bassists, as well as female singer Magdelena Golebiowska for backing harmonies. Ziblat’s solo voice ranges from somewhat fragile to fairly powerful, but always effective and appropriate to the compositions at hand (and sometimes overdubbed with his own harmonies). Opener “Healing” travels the spirit of loss and optimism over a beautiful chord progression on acoustic guitar, with a splendid electric solo after the second verse. A booklet in the CD jacket contains the lyrics for all of the eleven songs presented. ”Lost and Found” seems to pick up where the opener leaves off, though more fully arranged with drummer Sven Fictivesen at the kit, and a solo for just about every instrument Ziblat plays (the mandolin solo is especially inventive). Many of the songs here have a distinct McCartney-esque flavor, the chord or melody that is expected is switched for something more unexpected, thus creating a novel twist that brings the listener outside of the predicted comfort zone. “Phony Baits” is a simple tune arranged for Spanish guitar, charango, and solo voice, but illustrates the aforementioned expected / unexpected concept perfectly. Closer “Stuck” might well be my favorite song here, a joyful tune propelled along by ukulele, bass, and ‘mal-tuned electric guitar’ with some percussion that sounds a lot like Rolf Harris’ wobble board, but apparently he’s getting that sound by mouth slapping. In all, a superb album that will take the listener through a range of emotions and leave a smile on your face when it’s all said and done.

Symphorce - Godspeed – Both symphonic and forceful, Symphorce is a German power metal quintet with double guitar, bass, drums, and a singer. Their compositions follow a fairly typical verse-chorus structure, and stay...  (2006) » Read more