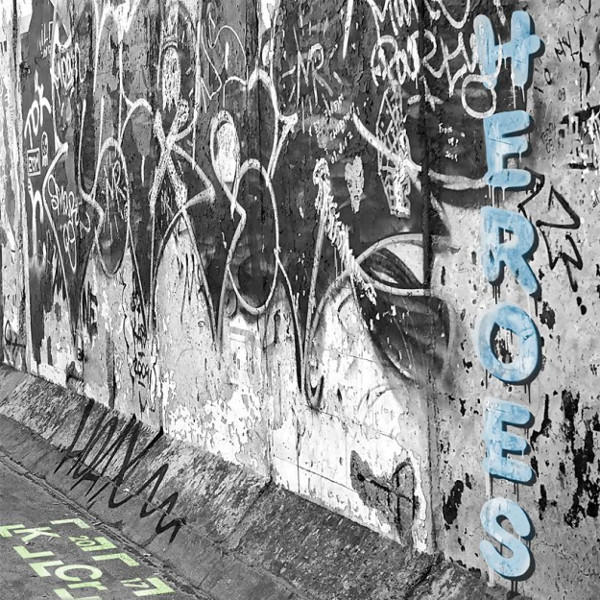 When word came out earlier this year that King Crimson would be reconvening for another tour with the expanded lineup which has been touring since 2014, they also announced that there would be an EP released. As it turns out, the EP was not new studio material, but this set of four tracks recorded on the 2016 European tour. First up is a version of David Bowie’s “Heroes,” the first time King Crimson has ever recorded a cover tune (barring their take on Holst’s “Mars” from the early days). Of course, Robert Fripp provided the lead guitar on Bowie’s original, so it’s not that far removed from the family. Jakko Jakszyk provides the lead vocals, and does a credible job of not imitating the original. Mel Collins adds a sax part that provides a slight old-time rock-and-roll feel, though doesn’t ruin the mood and interfaces with Jakszyk’s rhythm guitar nicely. If you listen closely, you can make out the multiple drum parts (Pat Mastelotto and Gavin Harrison), and third drummer Jeremy Stacey plays keyboards. All in all, it’s a good listen and a worthy tribute for the 40th anniversary of the recording of the original. The other live tracks included are an extended rendition of “Easy Money,” an excerpt from “Starless,” and the new instrumental “The Hell Hounds of Krim.” “Easy Money” works well, with Jakszyk’s voice handling the sarcastic lyrics admirably, and the expanded lineup really taken advantage of, featuring oddball percussion from Mastelotto, beautiful Mellotron strings (Stacey I think), insane sax noises from Collins, funky bass from Tony Levin, and a slow-building solo from Fripp. Jakszyk's wordless vocalizing at the end is a slight detraction, but it's great to hear this classic updated. The “Starless” extract is the melodic opening part of the song, fading out just before the ominous bass line would appear to lead into the heavier half. As such, it’s nice but a bit frustrating for a listener who knows the rest of it. “Hell Hounds” is a brief drum trio where Mastelotto, Harrison, and Stacey work off of each other with interlocking parts. It’s been a staple of the live shows for this version of Crimson. The CD finishes off with a “radio edit” of the title track, basically the same as the opener shortened to 3:49. All in all, the EP is a bit of an oddity in the band’s catalog, but well worth it both for fans and newbies who can use the Bowie cover as an entree into the extensive back catalog.