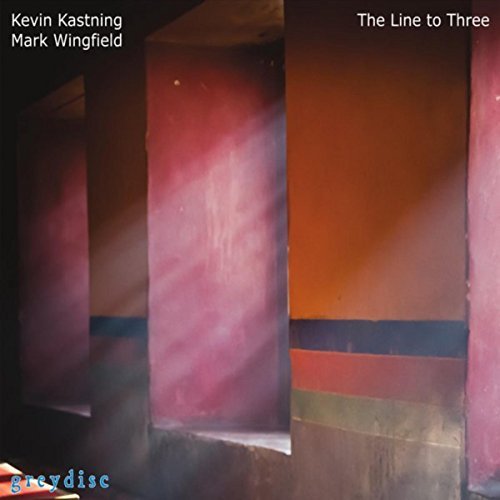 Guitarists Kevin Kastning and Mark Wingfield are two very different style players, but in combination (this is their sixth collaboration together) the result is very complimentary and uniquely diverse. Kastning, in addition to his 30-string contra-alto guitar and 15-string extended classical guitar (both acoustic based instruments designed by Kastning) also brings plenty of piano and a small amount of percussion into the mix on these nine tracks. On the other hand, Wingfield is a masterful and intrepid electric guitarist, employing interesting effects and live electronics, and what the two players bring to the mix works together seamlessly but never crosses into the zone of the other. One can clearly hear both players operating in their own sonic world, while their compositions intertwine and cross paths as they proceed. This is a full double-LP length release, with several of the explorations approaching or breaking the ten-minute mark, each pushing and pulling in a gentle multidimensional way that shimmers with beauty and bravado, soaring far above the limits of any standard conventions. The two players operate on completely different layers within each piece, bringing a mysterious and cavernous sound where each seems to operate somewhat independently within the compositions workings. The overall style rarely touches on any existing genre, hovering instead inside its own world seemingly of pure improvisation. The notes state that all of the piano and guitar parts were recorded in the studio, as a live performance, without any overdubs, which makes The Line to Three an even more impressive endeavor.