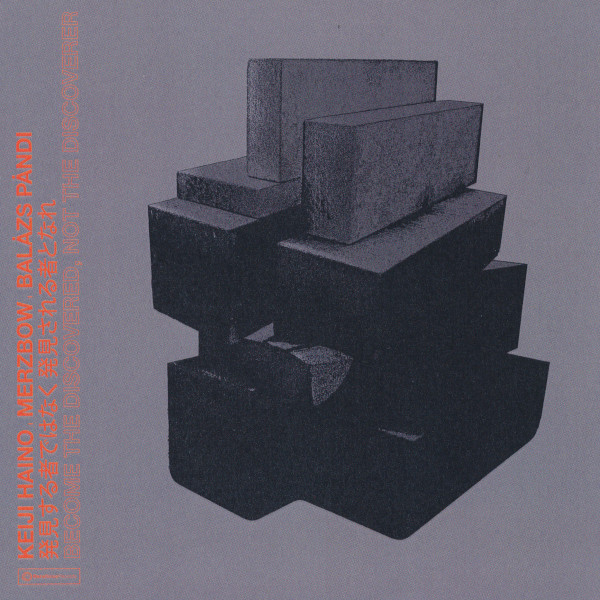 In preparation for writing this review, I revisited what I wrote about An Untroublesome Defenselessness, the 2016 release by this trio of sonic explorers. It was quickly apparent that, barring the titles of the tracks, everything I wrote about that album could just as accurately be said about this one. Become the Discovered, Not the Discoverer presents two pieces split into two parts each, one of which the album takes its name from and the other called “I Want to Learn How to Feel Everything in Each Single Breath.” On the title track, Keiji Haino’s overdriven guitar provides feedback, noises, and screeches; Merzbow provides overdriven feedback, noises, and screeches (presumably not from a guitar, though he could easily be using Haino’s signal as input to his devices); and Pándi pounds on his drums with no regard to keeping a steady tempo, a far cry from the subtle work he’s done with some other artists. This is intense stuff, not for the faint of heart or anyone in search of melodies. “I Want to Learn...” starts out with a much lower energy level, with a low repeating pattern on guitar — it sounds more like a bass, but is probably Haino on a baritone guitar or using an octave effect — while Pándi provides sparse hits and Merzbow’s noise modulates in the background. This lasts for about the first ten minutes, at which time the volume and intensity ramp up to levels comparable to the title track. About halfway through part two, the sound wanes to something not quite ambient for a while, but that’s only a brief respite. Parts of Become the Discovered are quite interesting sonically, though on the whole it’s a likely taste acquired by relatively few listeners.