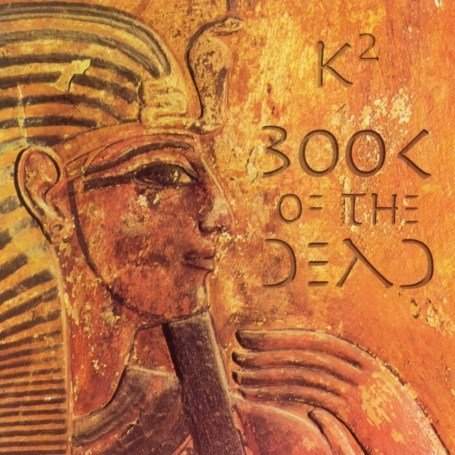 Imagine Progrock Records’ Shawn Gordon’s surprise when he heard from K2 bassist Ken Jaquess that not only Allan Holdsworth but the late Shaun Guerin had agreed to play on his big time project somewhat in the style of classic UK. The CD’s first track is the simply the key piece where Jaquess captures the ears and imagination of any long time progressive rock fan. Guerin’s lead vocal together with Holdsworth’s dizzying guitar leads create a unique mesh of sounds much like Peter Gabriel (circa Selling England by the Pound) crooning “By the Light of Day” on UK’s self-titled CD from 1979. The ten-minute piece covers all the bases from heavy low end rhythm structures to a passionate solo violin from Veronique Devereaux. With Spock’s Beard’s keyboardist Ryo Okumuto handling several lead parts, the composer himself plays moody string keys unifying the disc in a familiar, yet satisfying approach. The concept of Egyptology is not a new one to progressive rock and Jaquess has done well to avoid many lyrical traps apparent in other attempts to tell the same story. There are very few weak moments in the five long pieces and musician interplay is consistently at a good to high level. The only drawback is that gets a bit samey after the first track and a few more acoustic sections could have balanced out the album. I’d be curious to find out how well this recording stacks up to Eddie Jobson’s aborted Legacy sessions as those as still have yet to see the light of day. A new incarnation of the K2 is set to due some southern California dates which may just be the hot club tickets for spring 2006.