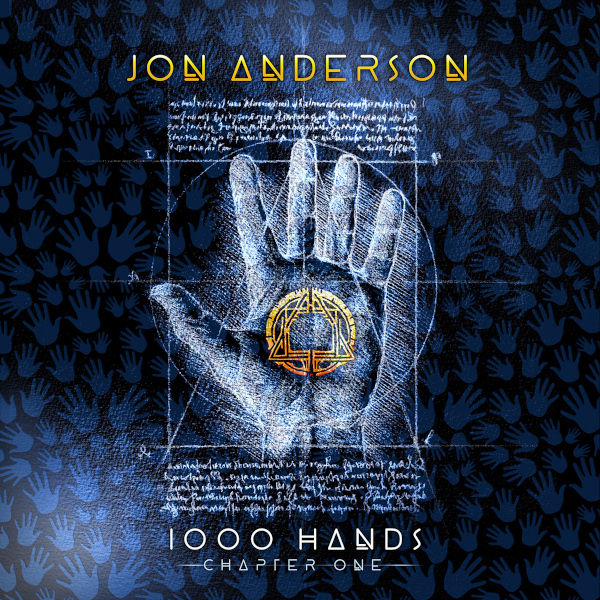 Certainly the music of Yes is an important element of my teenage years and a foundation of my understanding of what music is (or can be). But I’m not an uncritical listener, and there’s a lot of music from the collective family of the band and its various members in different combinations that I’m less than enthusiastic about. Jon Anderson’s work, to my thinking, has varied from pretty solid to nearly unlistenable, so the arrival of a new release under his name carries no presuppositions as to whether I’m going to like it. In some ways, that increases my happiness that I can say 1000 Hands - Chapter One is quite a fine album. Anderson hits the right balance between catchy tunes and musical inventiveness, and his tendency towards spiritual themes doesn’t sink into sappy clichés on these eleven tunes. You won’t find any epics along the lines of “Awaken” or “Close to the Edge,” but you probably knew not to expect that. What you will get is bouncy rhythms informed by a wide range of styles, including reggae, highlife, Celtic folk, and even hip-hop, massed choruses of Anderson’s overdubbed voices, and superbly played backing parts. Anderson has tapped a whole host of players to help out: Carmine Appice, Alan White, Robby Steinhardt, Pat Travers, Steve Morse, Ian Anderson, Rick Derringer, Jerry Goodman, Chick Corea, Stuart Hamm, Billy Cobham, Jean-Luc Ponty, and Steve Howe all appear here and there, and (as a testament to how long some of this music has been in the works) there are also contributions from Larry Coryell and Chris Squire. Anderson’s voice is in fine form, and he wrote or co-wrote all of the tracks. His collaborators on the writing are Brian Chatton (Anderson’s bandmate in The Warriors back in the 60s) and producer Michael Franklin, though the spirit of the writing is clearly derived from the man whose name is on the cover. In a world that often seems dominated by darkness and despair, hopeful sounds like those on 1000 Hands - Chapter One run the risk of sounding out of touch with reality (as I’ve found some of Jon Anderson’s past work), but in some inexplicable way, it just works. I don’t know whether it’s an antidote to the daily news, but it does bring me an interlude of energetic peace while it plays.