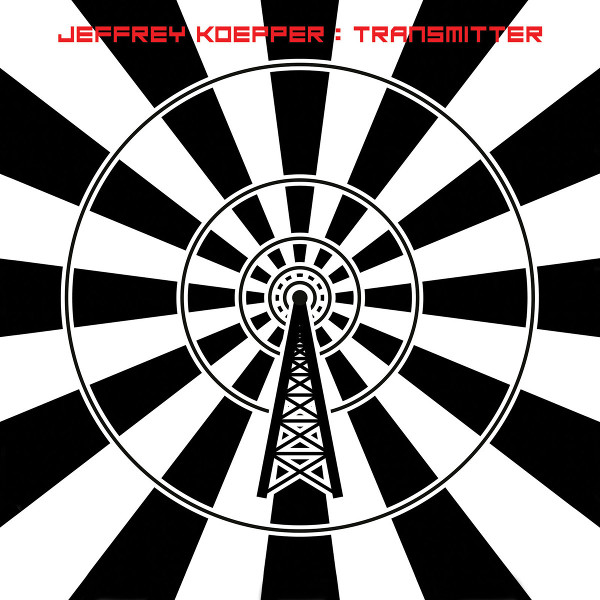 Recorded live for Chuck Van Zyl’s Stars End radio show on WXPN, Philadelphia on June 18th 2017, Transmitter features pulsating rhythms, atmospheric synth textures, and complex sequences that all work together to create a cosmic whole. Using the finest vintage analog gear, Koepper creates a sonic continuum of seven tracks, most of which are previously unknown (one of the tracks, “Halo” was on his previous studio release MantraSequent, from earlier in 2017), though one might get the impression that Transmitter is mostly a tribute to the classic Berlin school of electronic pioneers like mid-70s Tangerine Dream, Klaus Schulze, Michael Hoenig, and others. The sound overall is very much the work of the machines (synths and sequencers) as they would have been used in their own time. The opener, “Whirl,” has a strong degree of wamth and invention, but as the four tracks following that progress one by one, there isn’t a lot of development beyond the then-current status quo of the mid-70s, the overall result seeming a bit static, mechanical, and cold for an electronic release of 2017. It isn’t until we get to the aforementioned “Halo” (track 6 in the program at hand) that we start to reach the magic and invention of the opener again. Maybe it’s the challenges of perforing this kind of music live as opposed to the fine tuning available to an artist in the studio. MantraSequent was a masterpiece throughout, so it kind of saddens me to have to give a lukewarm review to its follow-up, but with that said there are some moments of creative brilliance herewithin.