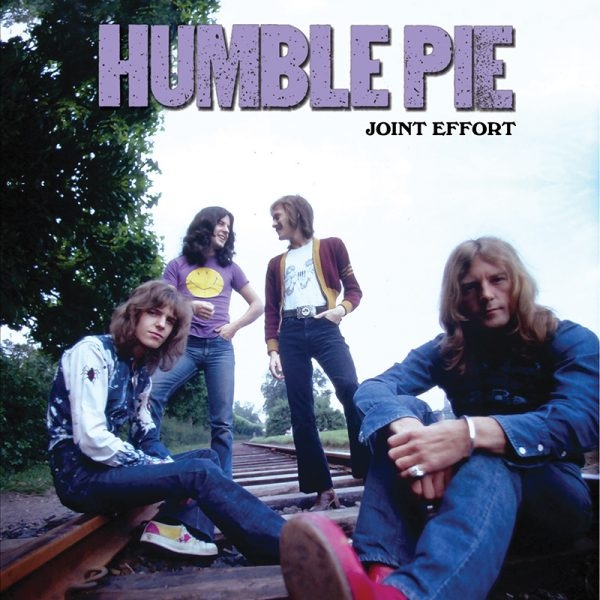 Back in 1974, Humble Pie was in a very uncertain state. Founding member Steve Marriott had left the band briefly, but was coaxed back to work with Dave Clempson and Jerry Shirley for sessions at their own studio. These recordings ended up being shelved by the band’s record label and they went on to make Street Rats. But we’re in the age of rediscovery, and the long lost tapes have now been made available as Joint Effort. These tracks are fairly raw, without much in the way of overdubs or extra musicians. The core quartet of Marriott (guitar, vocals, harmonica), Clempson (guitar), Shirley (drums), and Greg Ridley (bass) handles pretty much everything, though there are occasional bits of piano and organ heard (presumably by band members though not listed as such), along with occasional uncredited horns and backing vocals. The performances are solid, with a mixture of originals by Marriott and Ridley and covers of James Brown, The Beatles, and Betty Wright. The recording quality is the main negative here, with some distortion present nearly all the time, and for this reason I would recommend the album only to fans of the band. Newbies looking to explore Humble Pie would be advised to start with their original studio albums or the Performance - Rocking the Fillmore live album.