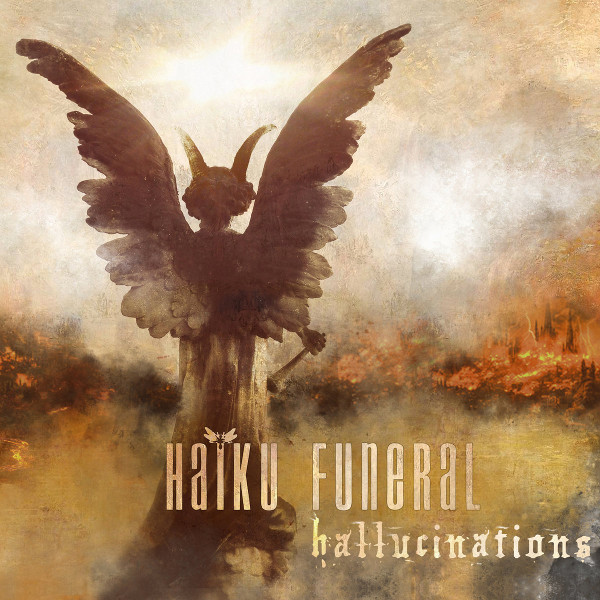 For four albums of grotesque mutant psychedelic madness, Haiku Funeral has been the duo of Bulgarian vocalist / guitarist / keyboardist Dimitar Dimitrov, a veteran of black metal bands like Glades of Gloom, Corpus Diavolus and others, and American bassist William Kopecky (of Far Corner, Yeti Rain, Telescope Road, Snarling Adjective Convention, and of course Kopecky). The duo created truly frightening works, a collision of Dimitrov’s black metal background and Kopecky’s exprimental psychedelic visions. Sometime between the last Haiku Funeral Nightmare Painting (2012) and the album at hand, Haiku Funeral added Finnish drummer David Lillkvist (also of Telescope Road and various other bands) to the mix, which has added a more defining structure to their sound, but still every bit as alien, psychedelic, and frightful. Dark is a relative descriptive word, but their sound is truly sinister and amoebic, conjuring up horrific nightmare soundtracks and the essence of fear. One could easily be duped into believing that the presence of drums and percussion would ‘straighten out’ their music and make it more ‘rock-like’ but it doesn’t. In fact quite the opposte – it seems to have taken a leap of the deep end into the black vector of horror, evoking intense and profound fear. The CD booklet artwork matches the music, featuring the likes of satanic gargoyles, blazing infernos, monks in shrouds with no faces, and other mysterious foreboding imagery. I’ve only heard the first two and this one – their fifth, but the addition of percussion to the sound has been truly transformative. Play Hallucinations enough times and I’m sure the devil will show up to collect his due!