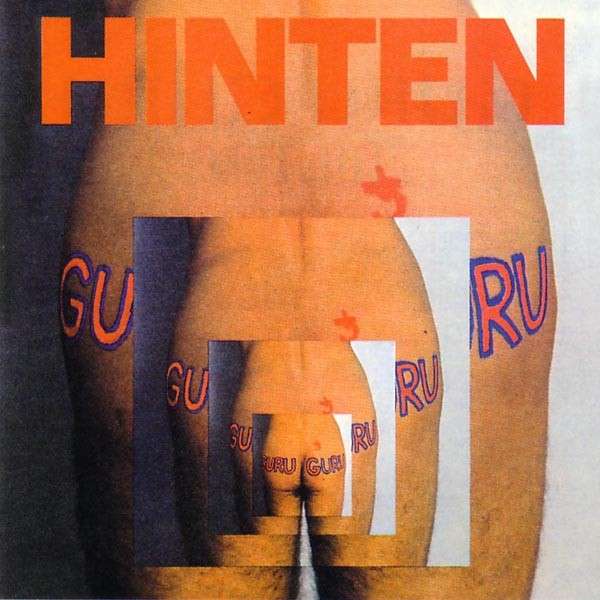 When I started getting into music it was around the dawn of the CD age, so I never really ended up with a lot of LPs, and although I ended up with some nice rarities, I don't have too many. Ironically enough among those that I have is an Ohr copy of this second album from Guru Guru, and I kept thinking, yeah I didn't end up with a pretty cover with this one. It's a naked butt on the front (with the symbol of Saturn tattooed on it), the back and the gatefold and even though it might be somewhat symbolic of this morning's news, it's still an eyesore you won't forget once you've seen it. But musically, Hinten is a stone classic and another advancement on the lineage started by Cream and Jimi Hendrix as a trio in the late 60s, especially if you were to take "EXP" from the latter's Axis: Bold as Love and increase its influence in the mix. While Genrich, Trepte, and Neumeier form a guitar, bass, and drums trio, the amount of effects and electronics they all wield ends up blurring that basic distinction so that the boundary between the instruments and the weird sounds can often be hard to pinpoint. The band will lope into some wild and wooly groove and at times everything will distort, echo and reverb into something much more strange. On one song this is interrupted by vocals exclaiming "Bo Diddley!" after a descending riff with all sorts of bendy effects on Genrich's guitar. To this day and just like the, perhaps, slightly superior UFO, I've always found this endlessly inventive, especially when you consider the hoards of downtuned trios these days that only seem to stick to a narrow spectrum of this era. What Guru Guru did on these first two albums has really never been duplicated.

Charlemagne Palestine - A Sweet Quasimodo between Black Vampire Butterflies for Maybeck – In the 30 or so years that Charlemagne Palestine has been around, this writer has never heard any of his music until now. It was inevitable that one of his recordings would reach my ears eventually,...  (2008) » Read more