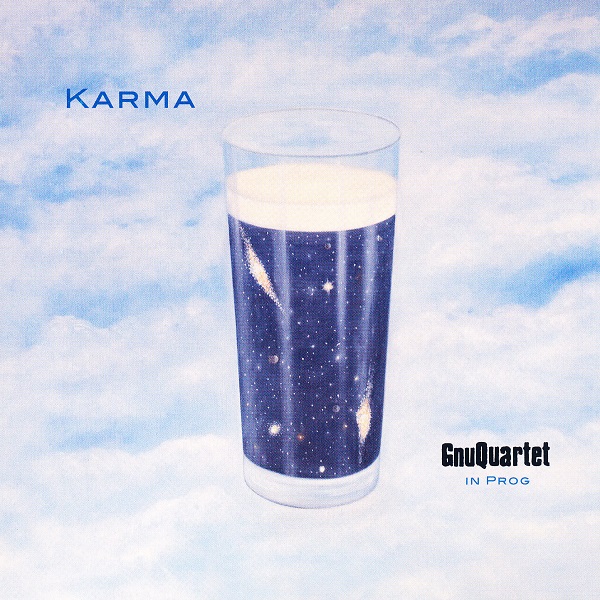 Has the fad of symphonic versions of prog classics passed yet? I hope so. I suppose it's a no-brainer to take music that had big bombastic sounds and a heavy leaning toward pre-20th Century orchestral music and adapt it for actual orchestras to play. It's the kind of thing that comes with a built-in audience. But I always found it kind of tedious — if I want to hear Yes, I'll listen to Yes, and if I want to hear an orchestra, I'd rather listen to Bartók or Stravinsky. So what to make of a quartet of violin, viola, cello, and flute taking on Yes, Genesis, New Trolls, Pink Floyd, and Frank Zappa? Certainly there's potential — scaling down tunes to four single lines at a time leads to the opposite effect from scaling up to a full orchestra, potentially avoiding the pitfalls of pretentiousness. Gnu Quartet has a couple of other factors in their favor as well: the strings are not averse to the occasional use of effects devices; the percussive attack and mouth percussion of flautist Francesca Rapetti can really propel the tunes forward; and cellist Stefano Cabrera also gets very percussive on his instrument, sawing away on the eighth notes to provide a lot of energy. These factors and the sheer quality of the arrangements make Karma a real treat. Maybe I thought I could do without ever hearing "Roundabout" again, but this version hits the right balance of faithfulness and extrapolation. "Peaches en Regalia" is a pure joy, and a great choice to make sure they don't get mired in one stream of progressive rock history. "The Great Gig in the Sky" features wordless vocals, and is much more faithful to the original. "Hairless Heart" is quite lovely, and a welcome unexpected choice for a Genesis tune. But the real centerpiece to this short album is "Stereotaxis," an original piece by Cabrera that is actually much more interesting than their interpretations of others' music. It's an enjoyable excursion into the possibilities of modern chamber music, with some nods to Phillip Glass as well as the rock and pop streams. All around fun CD — you go, Gnu!