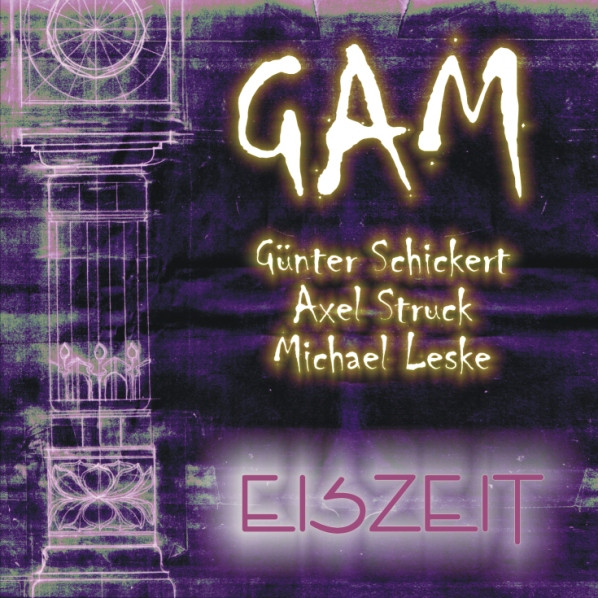 The name GAM is an acronym of the member’s first names Günter Schickert (guitar, vocals, trumpet), Axel Struck (guitars, vocals), and Michael Leske (drums, percussion). Eiszeit, or Ice Age, was their first studio album, recorded in 1978, but has remained unreleased until now. The story behind this album is that the producer had kept the multi-track masters promising the band to release the album, yet it never happened. The producer disappeared and now 25 years later, Günter Schickert believes that if anyone has the rights to this music, he does. So this long overdue gem of Krautrock is finally available to fans worldwide via Cosmic Egg. Since the original masters were lost, Cosmic Egg, AKA Steve and Alan Freeman, had to work from a CDR master and a cassette copy to painstakingly create the final product. The result is great! Some of the music is like their Krautrock / Spacerock contemporaries in the 70s (Tangerine Dream, Michael Hoenig, Can) while most of it the disc is abstract, eerie, floating sounds, pulsating cyclic guitar riffs, falsetto wordless vocals, and cool drumming. There was never enough of this kind of music recorded and we are fortunate today to have it available. Highly recommended.