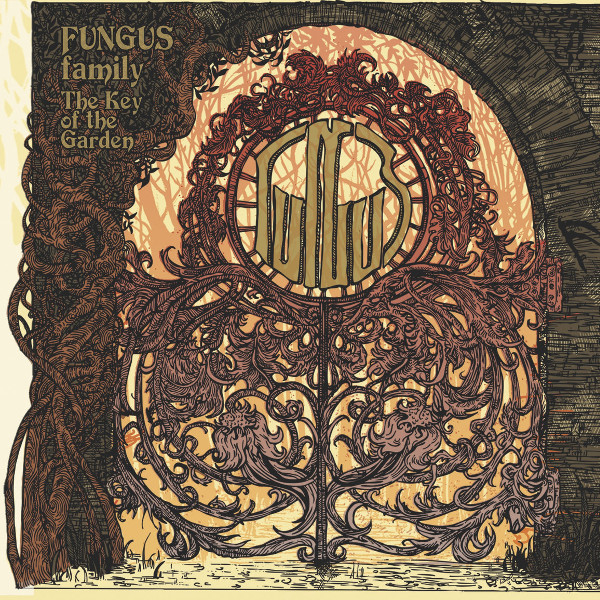 Italian neo-prog group Fungus have released their fourth album, this time as Fungus Family, The Key of the Garden named after a song on their previous album, The Face of Evil. They continue with their aggressive vocals, heavy chords, melodic signatures, Hammond organ, and acoustic moments. However, for this go around Fungus Family is getting political with their anti-US “Demo-Crazy” and the protest song “Becoming to Be.” Fortunately the political message on “Becoming to Be” is secondary to the music, which is harsh metal prog with guest Nik Turner on space saxophone. Nik also appears on flute on “Eternal Mind,” a trippy prog-psych tune. “1Q84” is probably the best track on the disc, with tons of prog guitar work, dark sinister themes, and an excellent prog jam, with a Pink Floyd vibe. In fact Fungus Family attempt a hard prog cover of Pink Floyd’s iconic “See Emily Play” that never really works for me. It is just too heavy and clearly misses the trippy quality of Syd Barrett’s original. There is also a cover of Family’s “The Weaver’s Answer,” again a heavy-handed reading the of the song with Hammond organ. Much more bombastic than the original. One other highpoint on the album is the live performance of “Holy Picture,” ten minutes of sad, mournful politics, but with seven minutes of instrumental jam. An interesting and engaging album if you can get past the politics.