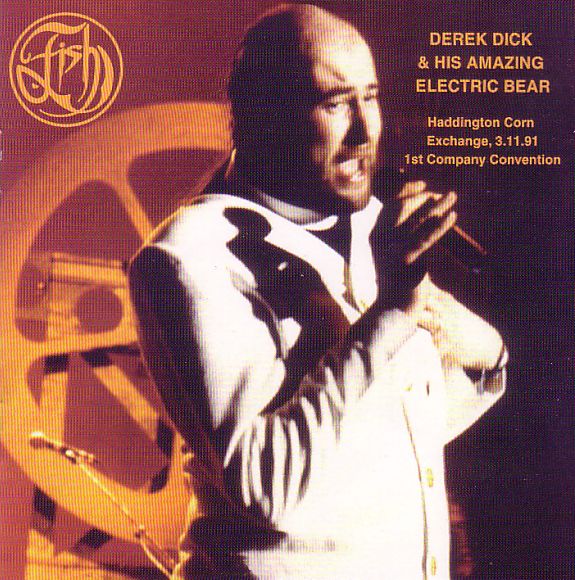 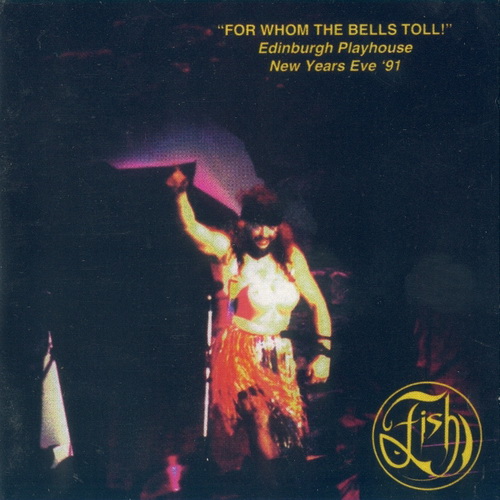 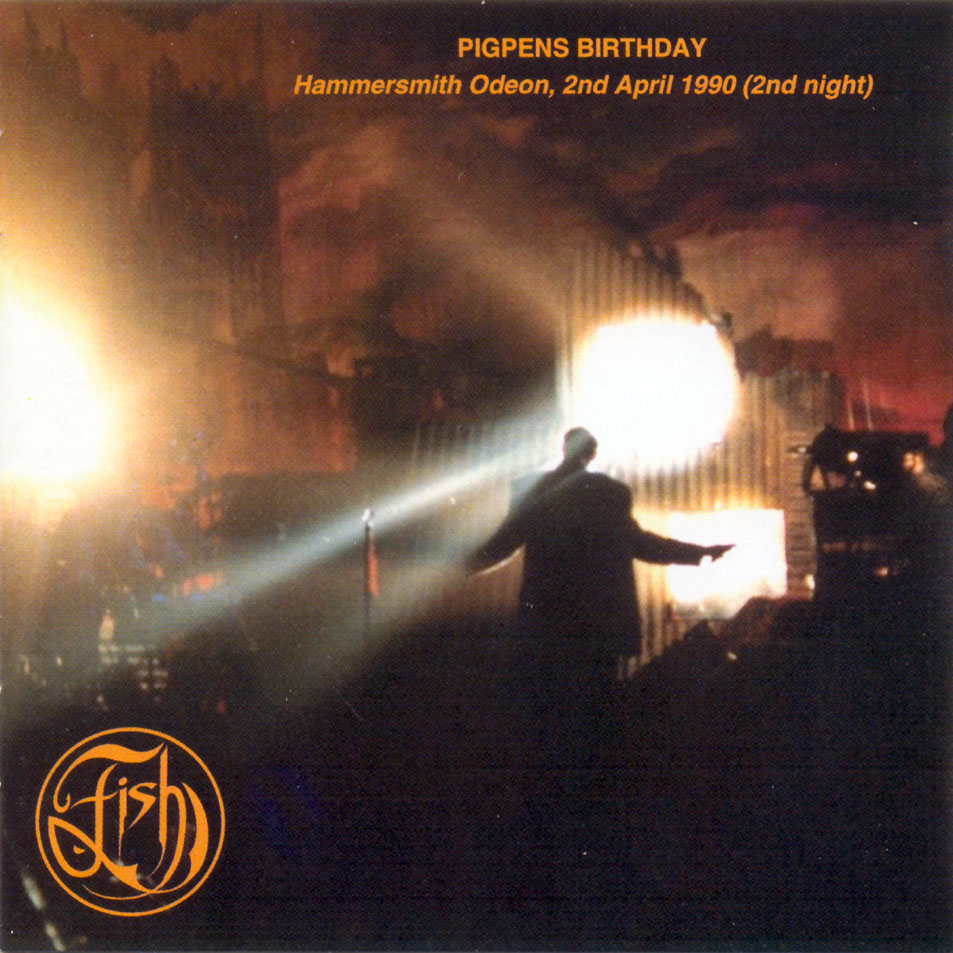 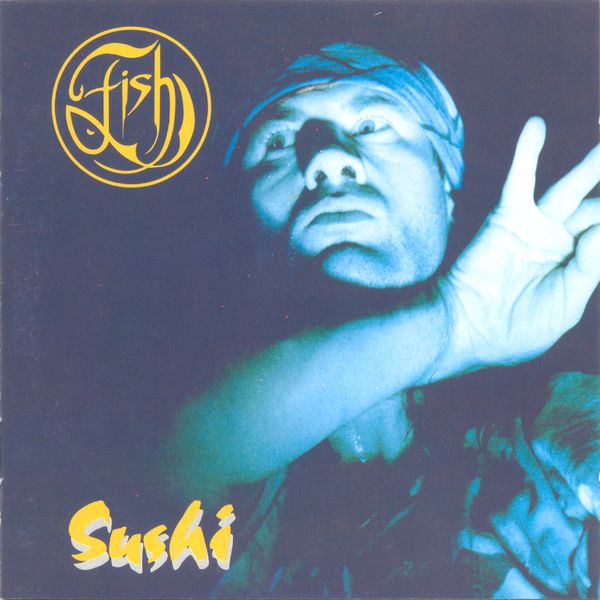 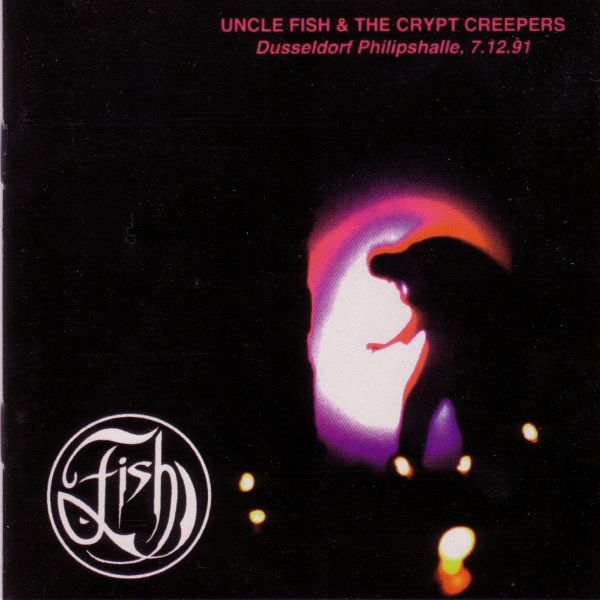 Bootlegs of live shows are often a mixed bag for both artists and their fans... how many times have you shelled out $25 or more for a bootleg CD only to find that it was pressed from either a crappy source tape or a noisy crowd recording? Not to mention that most of the time you are ripping off your favorite band by buying illicit bootlegs in the first place. Admittedly, sometimes a band's official catalog is so small the fans just can't resist the temptation of a show on CD. Many artists and musicians have begun to wage war on the bootleggers by issuing their own official live releases. Although he may not be the first to try releasing his own bootlegs, Fish's new collection of five shows is certainly the most professional and complete "bootleg" CDs I have ever seen or heard. There have been about a dozen or so illicit CD bootlegs issued of solo Fish material that I have heard myself or heard about, most all of them unworthy of the high prices they fetch. Fish is determined to give the fans what they want... highest quality for the lowest price. All five of the live sets mentioned below are complete two to two and a half hour shows on double CDs, packaged in slim-line jewel cases each accompanied with its own eight-page booklet. Each booklet includes a complete page of liner notes written by Fish and many full-color photos of each specific concert. All five of the shows' master sources were DAT or DAT 2 Track digital tape recorded via the soundboard, with post-production in the studio on all the shows-except, or course, Sushi. The best aspect is that you should only have to pay $24 retail for each 2CD set! Warning: Tipper Gore would have these CDs labeled "Explicit Content" for the lyrics and between-song banter from Fish!

From the Hammersmith Odeon show of April 2, 1990. It's from the end of the Vigil tour, even though the closing tune, "Internal Exile," had to be heisted from the Edinburgh gig a week later. Outstanding tracks include "Punch and Judy," "Voyeur," "Assassing," and "Script for a Jester's Tear," with 17 tracks total. Pigpen, by the way, is the tour bus driver.

For Whom the Bells Toll!

Back home in Edinburgh on New Year's Eve 1991, the band is clearly in a festive mood as you can hear in this show. Fish warns that his voice was a bit worn from the tour and was sometimes ragged, but the band is at the top of their form. With the emphasis on "party" and the hi-jinx during the night, the rougher sound of the pipes just adds to the mix. Includes: "Vigil," "Incubus," Shadowplay," and 11 more tracks.

From early in the Exile tour, this one boasts Fish in angry form as he mounts the stage of the Haddington Corn Exchange on Nov. 11, 1991. Things had not been going well with that particular tour. Acidic commentary and personal ramblings abound, especially with songs like "Tongues" and "State of Mind" in the set. Also included: "Fugazi," "Forgotten Sons," and "Incubus." 17 tracks total.

Skipping ahead to Dec. 7, 1991 in Dusseldorf, we see that a month on the road had honed the band to dangerous levels. "Forgotten Sons," which was not played at this gig, is represented from the Paris, Olympia show of two days later. Also included: "Credo," "Family Business," "The Company," and "Heart of Lothian." 16 tracks total.

This was the very first release on Fish's new Dick Brother's label. From March 1993, at Vredenburg Hall, Utrect. What can I say? Apart from minor sound reinforcement, these CDs are raw Fish at his finest! This show encompasses Fish's entire career to that point, from "He Knows You Know" on to "She Chameleon," "Kayleigh," "White Russian," "The Company," and "Just Good Friends" with a cover of "Jeepster" to round out seven tracks representing all seven albums all in order! What's more, there's 13 more tracks to complete this most recent of Fish's official live bootlegs.

Is Pyrior a Space Rock Band?