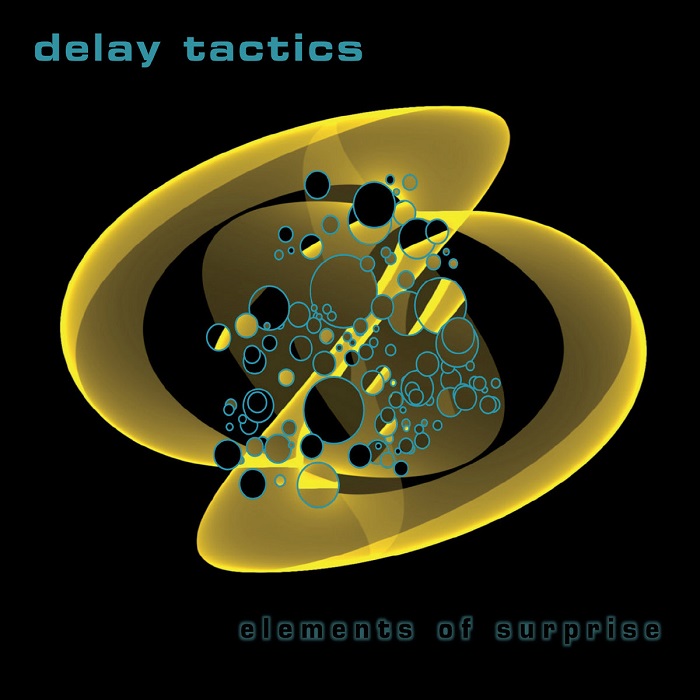 Who would have thought that after 38 years Delay Tactics, the techno-pop instrumental trio featuring Walter Whitney, David Udell, and Carl Weingarten, would be back with a brand new album? But here it is after all these years. One question that persists: Is this the material that the group was planning for a third release back in the 80s, or did they start from scratch anew? I tend to think the latter, as these seem to be all new compositions reflecting the ongoing development of each of the members as composers, what we have here seems to be lightyears ahead of their early sound from 1982-84, but then again that could simply be a reflection of the advances in technology nearly four decades later. All food for thought. Back in the early 80s, the group got its start playing late night concerts in movie theater lobbies in their native St. Louis, using guitars, keyboards, lots of effects, tape loops, primitive drum machines, and so on; still, at that point in time what they were doing was wildly innovative and interesting, seeming to draw inspiration from the likes of Frippertronics, the early pop sounds of Brian Eno, and perhaps the work of Cluster, Neu!, Harmonia, and others. It caught on and soon college stations all around America were playing their records. Later, the members scattered and went their own ways, but they always planned on continuing someday, and someday is finally here. The current band is the same as their second album Any Questions?, with Whitney playing synthesizers and electric guitars, Udell playing electric and acoustic guitars, bass, synthesizers, and cut-and-paste, and Weingarten playing acoustic and electric guitars, slide guitar, loops, and delays, and as a special guest, Michael Manring plays fretless electric bass. One might be surprised at the rich tapestry of sounds the group has on hand this time, for example on the opener “Viola’s Ascent” the backing almost sounds like strings, yet it’s more likely an eBow jumping across the strings run through some additional effects, while slide guitars, fretless bass, and additional soaring guitar leads capture the listener’s attention. One thing you won’t hear much now are the primitive drum machines that chattered away forty years ago. There is certainly electronic percussion, but 40 years of technological advances have moved the sound far away from their beginnings, with the tasty and laid-back “Kalimba Lounge” being a prime example. “Acoustic Reprise” represents a gentle duo based on two guitars and synth backing, like nothing else on the album. Presenting a shimmering synth backdrop overlaid with acoustic and electric solos, “Fire Ceremony” moves intently through light and shadows. Manring’s contribution on fretless bass is highlighted on “Idea3,” a stirring cauldron of interesting sounds. With a strong nod to the 70s, “Shadow of Berlin” dances around a heavily sequenced bottom end while all of the other instruments dance over the top. It took a long time, but with Elements of Surprise, Delay Tactics have delivered a powerful comeback effort that will indeed surprise.