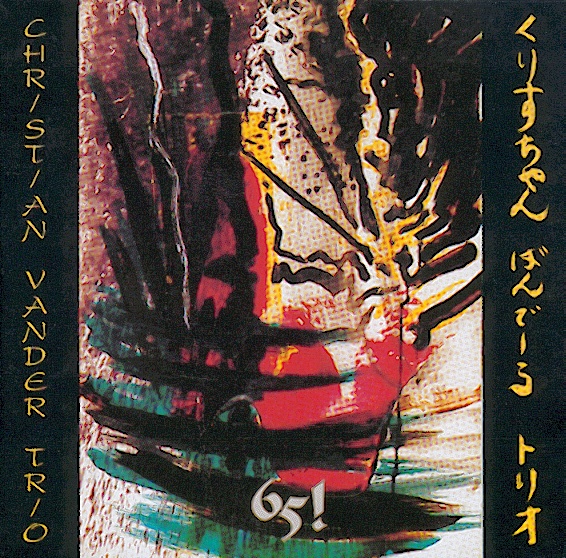 Don't be fooled by the title of this one. It's the second (and latest) album by the Christian Vander Trio and not a re-release of Vander out-takes from 1965 (although that in itself would be a collectors item!). The title 65! refers to the jazz spirit of 1965 (a la Coltrane and the like). The album was knocked off in two days, and has a clean live and very spontaneous feel to it. The band consists of Vander on drums along with pianist Emmanuel Borghi and bassist Philippe Dardelle. The all-acoustic set consists of Vander's title track "65!" (two interpretations of it, no less), a host of Coltrane covers, a Pharaoh Sanders tune (another saxophonist from the 60s), and one tune by Gracham Moncur III. The other two original compositions were penned by Borghi and are completely within the spirit of the album. Some may compare this to Chick Corea's Akoustic Band album, but the sound here is perhaps less driving and more free. Vander's spirit pervades the music as usual, with a lot of emphasis on piano / drum interplay while the bass takes a busy backseat as a rule. While completely a jazz effort, fans of Vander will appreciate the drumming and lively spirit of 65! and marvel at the depth of Vander's musical vocabulary.