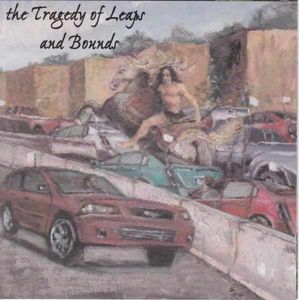 I’m fairly convinced that in a blindfold test you could convince many listeners that this album was originally released in 1972. I’m reminded of the time when musicians all around the world were inventing the thing that came to be called “progressive rock” and before the genre was codified. Groups of musicians got together and played whatever came naturally to them, without regard to conventions, and without the intention of sounding like some other group. For every band that made it “big” like Yes or PFM, there were dozens of others like Cressida or Capsicum Red that produced interesting music but ended up nearly forgotten. Given that it’s not 1972, Chaos Code can’t really have the innocence of that time, and odds are good that these guys are familiar with what went on then, and in the decades since. But they do a good job of capturing some of that spirit, with unpredictable sections of acoustic guitar, flute, keys, and hard rocking riffs. There is, of course, more to good music than spirit, and The Tragedy of Leaps and Bounds is not always successful. “Balance” is an awkward instrumental with a stuttering rhythm that never gets going. Even after more than a half dozen listens, I’m undecided about Cliff Phelps’s singing, though his guitar work is good. With the exception of the previously mentioned track, Tom Langan provides solid work on the keyboards, mostly piano and organ, with some vintage synth solos thrown in.