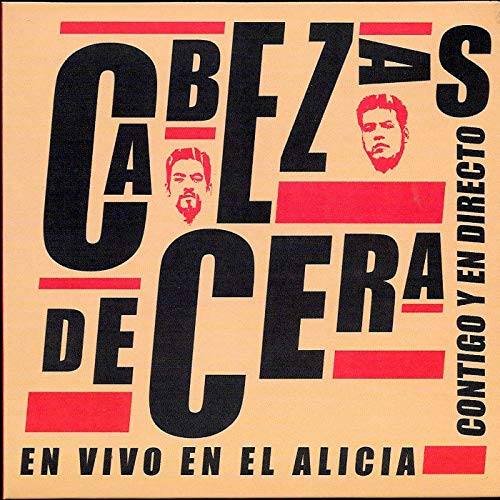 One has to be amazed at how just two guys can make such absolute mind shattering music in a live setting, but the evidence is right here on this 71 minute compact disc, recorded on June 6, 2018 at Multiforo Alicia in Mexico City. For those who might not be up to date, Cabezas’ third man (the woodwind player) left the band around 2011 to go do his own gig with a new band, leaving Cabezas as the duo of brothers Mauricio (Chapman Stick and other exotic stringed instruments) and Francisco Sotelo (electronic and acoustic drums and percussion), with which they have developed an entire new repertoire beginning with the 2012 album Hermandad, which is well represented in this live set. Not to infer anything negative about their studio output, which is uniformly superb, I’ve always thought Cabezas made a far greater impact in a live setting, and this disc is certainly living proof. The band’s stock in trade has always been an experimental hybrid between progressive rock, jazz, and ethnic sounds, mostly without vocals, part acoustic, part electric, but always interesting and captivating. For those who know the band’s material well, “Danza de la Lluvia,” “Migrante,” and “Rock Mahal” were presented in their studio versions on the previously mentioned Hermandad, while “Indomable” featured on their CDC Live USA album and DVD recorded at Nearfest 2009, and the only track here with vocals (by guest singer Leticia Servín) is “Arte de Extranjeria” from the 2008 album Ventos y Lugares; the remaining three numbers presented here are unfamiliar ones, likely new tunes – it has been four years since the last album, so there is probably a lot more new material where those came from. Averaging around nine minutes per cut, there’s plenty of room for the duo to stretch out and improvise, which is one of the primary factors that makes their live sets so engaging. For any fan of CDC, this one is absolutely essential.

Ain Soph - Marine Menagerie & Five Evolved from Nine – The line between fusion and fuzak can be a very fine one, and Ain Soph walks that line like a drunken goat, stepping first on one side, then on the other, back and forth with dizzying frequency. I...  (2006) » Read more

Take the Next Exit to the 80s