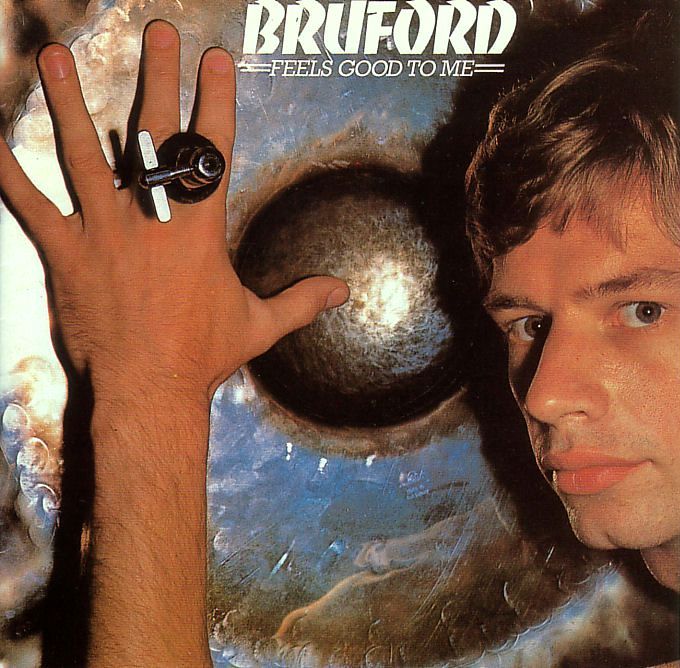 I still remember when this album came out. For my teenage self, it probably faced the highest expectations of any new release ever. I fell in love with Bill Bruford’s drumming with Yes and King Crimson; Dave Stewart was probably my number one favorite keyboard player, based on his work in National Health, Egg, and Hatfield and the North; and I was familiar with Allan Holdsworth from his playing with Soft Machine, Gong, Jean-Luc Ponty, and Tony Williams. Jeff Berlin was relatively unknown to me at that time, as were Annette Peacock and Kenny Wheeler. When I brought it home and put the LP on the turntable, out came “Beelzebub” and I spent roughly 3:21 without breathing. This was everything I’d hoped for and more! It was tricky, clever, and ridiculously complicated, but had a light touch to it that kept it from being simply a technical exercise. Bruford, Stewart, and Holdsworth were on the top of their game, and Berlin was a monster on the bass, with his own take on the fretless style I loved from Percy Jones in Brand X. And then there was “Back to the Beginning” and I was introduced to Peacock’s amazing voice. What an unexpected sound with this kind of music, with jazzy vibrato and casual delivery, and recorded so it jumped out of the speakers of my stereo. On the next track, they threw the next curveball, with Kenny Wheeler’s lovely flugelhorn bringing a new flavor to the music. These musicians were presenting a completely new way of blending jazz and rock that didn’t sound like any of the previous “fusion” groups. They were building on the work of National Health, but taking it in a different direction. Every single track on the album brings something new to the table, and I’ve always felt that Feels Good to Me contains some of Allan Holdsworth’s best playing anywhere. It’s right up there at the top for Bruford and Stewart as well — the combination of these players at this moment in time is simply magical. One of a Kind is a superb album as well, but the level reached by this one was never matched.