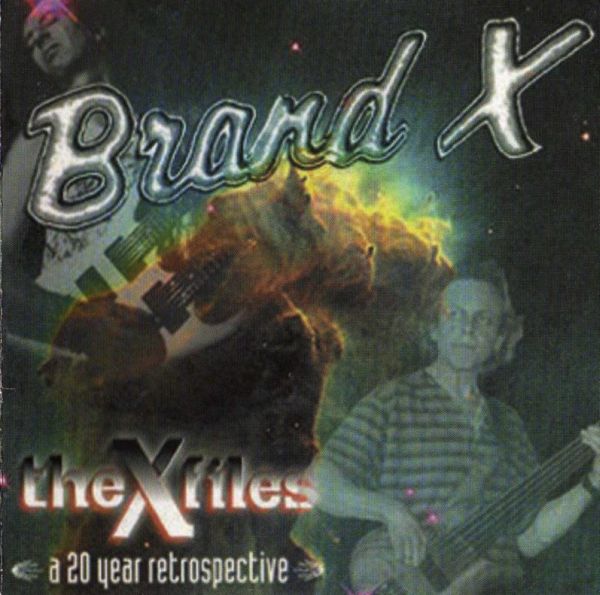 The first four Brand X albums set a standard for fusion that still exists more than 20 years later. Unfortunately many of the albums that followed didn’t measure up to the band’s astounding early works, and this has cheapened their name brand a bit (pun intended). The double CD, The X-Files, seeks to set the record straight by showcasing their legacy. The first disc does an admirable job of this by featuring a mixture of mostly live tracks (plus two studio cuts) that display the fire and virtuosity of Brand X. The tracks include favorites such as “Nuclear Burn,” “Don’t Make Waves,” and “Disco Suicide,” and were recorded over a 20-year period. The second disc is actually not Brand X at all but rather a number of mostly rare and unreleased tracks that feature John Goodsall’s smoking fretwork and the amazingly agile bass of Percy Jones. Some of these tracks are excellent and display unusual sounds such as Goodsall’s Indian-influenced acoustic work and a bass and drums piece by Percy. Other tracks however don’t appear to be a good fit with the Brand X material, such as John Goodsall’s Floor Project with vocalist Krash. Goodsall considers it to be one of his finest albums, but I doubt that many Exposé readers would concur with his assessment. About 85% of the music on these two discs succeeds fully, and either way The X-Files is absolutely essential for hard-core fans.