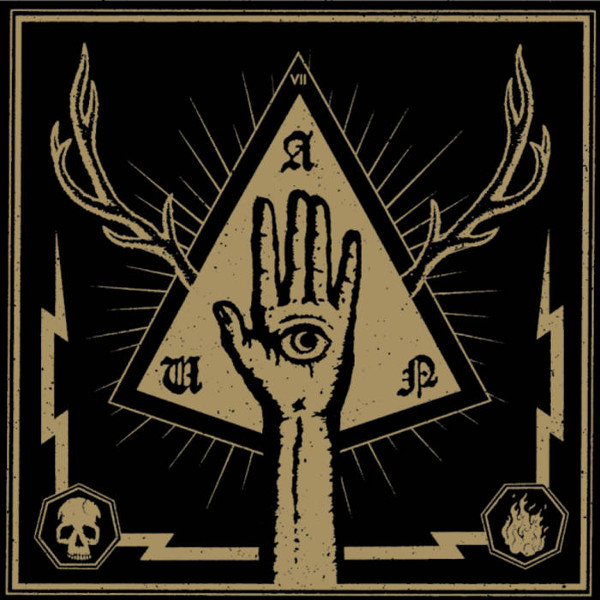 Aun is the Montreal duo of Martin Dumais (guitar, synths, violin, bass, and programming) and Julie Leblanc (synths, guitar, and percussion) who create powerful droning noise soundscapes, much the same as Nadja. Aun has been creating these sonic tomes since 2006 and VII is appropriately their seventh release. The opening track, “Drainbow,” is particularly chaotic with an incredible wall of sound that continually threatens to develop into something, but remains amorphous. This a nightmarish disconcerting piece. “Broken Hill” follows and is less chaotic, but still the buzz saw distorted and detuned guitars swirl about your head. After about a minute, Voivoid’s Michel “Away” Langevin contributes drums, which tends to add structure to the formless noise power surges. “Falcon” is the highlight of VII as Away’s mechanical drumming makes this piece take flight. The remaining two tracks are more of the same high frequencies over a foundation of low heavily distorted guitars. The extreme processing of the guitars exaggerates the harmonics that interact to create the impression of structure and complexity in the music. This is difficult music to take all at once. It is loud and the white noise nature of Aun’s approach fills the entire sonic spectrum with an assault on your ears that you do not recognize until the music ends. I find it intriguing that there is a fan base for this music. It must be the appeal of the testosterone-laden aggressiveness of the music.