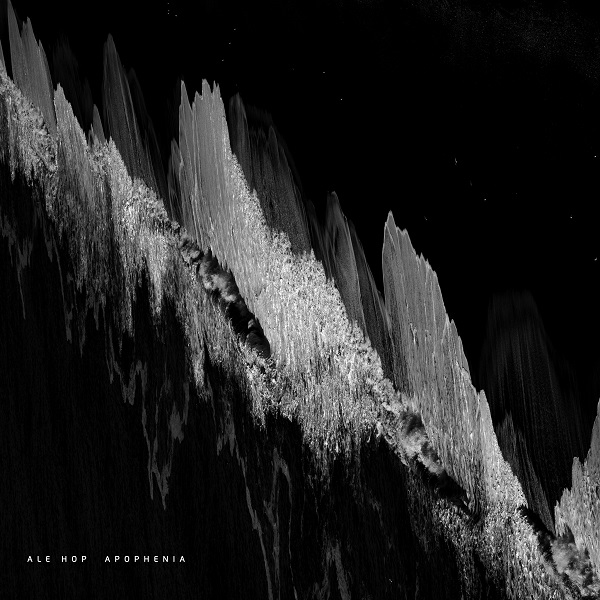 Ale Hop is Peruvian expat Alejandra Cardenas, now living, studying, and working in Berlin. She is a researcher, artist, and experimental instrumentalist, who makes her living creating film scores and music for dance and theater performances. Apophenia is her third release on Buh records, featuring a dark and dreamy ambient sound with an experimental edge, essentially a solo project using keys, electronics, voice, percussion and guitar, with plenty of looping, distortion and effects. One might not even be able to determine the instruments being used to create the sounds on many of the album’s eight tracks, and I’m certain she intends it to be that way, though via a quick visit to her website, the curious listener can find clips of many of her solo performances in the last few years that will reveal some of those secrets. Lets turn it upside down and start with the closing track “Marches” - while throughout most of the album the percussion (whether created on actual instruments or via computer) tends to be fairly random and irregular, through much of this one there is a clear cadence that comes and goes throughout the piece amid all the electronic sounds and mysterious twisted distortions, and interestingly there are plenty of asynchronous percussive sounds and vocalizations below the surface that make things even more interesting. “El Beso” (The Kiss) is another piece that pits electronic sounds against a stringed instrument with random percussion and squeaks and bleeps. The album’s longest cut, at almost seven minutes is “Lima,” Ale Hop’s birthplace. The music here is an interesting deep dive into an electronic maelstrom with some field recordings audible just below the surface, though as the piece continues there is more and more synth and electronics blurring all the forms and figures in a chaotic scramble of noise until it turns into what sounds like a war zone, with loud crashes made by pounding on the body of her electric guitar. “Side Effects” offers a whirring electronic backdrop to her spoken voice samples, some discernible and others intentionally distorted via vocoder (or something like that), a really interesting and highly experimental romp. The title track (actually the full title is “Apophenia (Cielo Azul)” ) is one of those noisy edgy pieces where one wonders what the source of the sound is, with a result so distorted, some elements being cyclical and others seeming completely random. The entire album is a truly engulfing collection of radical sonic experiments that are nonetheless quite listenable. I can recommend this highly to the intrepid sonic explorers among us.

Judy Dyble - Talking with Strangers – For those of you not old enough to remember, Judy Dyble was Fairport Convention’s original vocalist who left after their first album. She then hooked up with Ian McDonald and the original line...  (2010) » Read more

The Fine Art of Knob-Twiddling