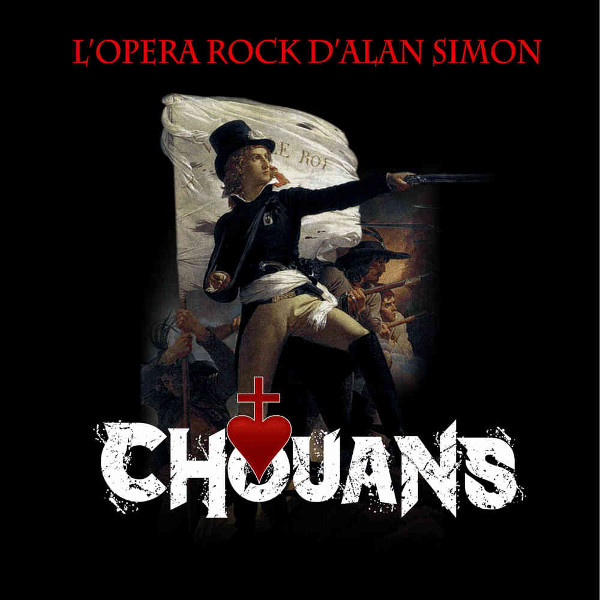 After presenting epic musical epics dealing with Celtic history and legend, the origins of the universe, and who knows what else, Alan Simon epically moves on to the epic story of the French Revolution, with (of course) epic results. His usual modus operandi (rock rhythm section, orchestra, and choir plus a multitude of guest singers and instrumentalists) is in full swing, and barring the content of the lyrics, Chouans is interchangeable with any of his other works that I’ve heard. Simon has an uncanny knack for reducing any topic to a series of bombastic chords with massive orchestration and full-throated choral backing. He manages to turn out another one of these spectacles pretty much every year, so I assume he can write them in his sleep. It’s basically Les Misérables (the Broadway musical) with more guitar and slightly less melodic variety — and given how little variety there is in Les Misérables, that’s an accomplishment of sorts. Of course, Les Miz has been a world-wide hit that raked in untold millions of dollars for its creators and producers, so maybe my opinion doesn’t count for much when it comes to this kind of music. The target audience for Chouans would seem to be more in the realm of musical theater lovers than fans of progressive (or any other kind of) rock. I can’t fault the performances in any way, and the arrangements are straight out of a book that Simon has studied well. Honestly, I wish publicists would stop sending me these things. I am not opposed to music that tells a story, or even approaches epic proportions, but please, please, please include a spark of originality! To my ears, this smacks of a purely commercial effort calculated to make money for the participants, and originality is not considered necessary (or perhaps even desirable).