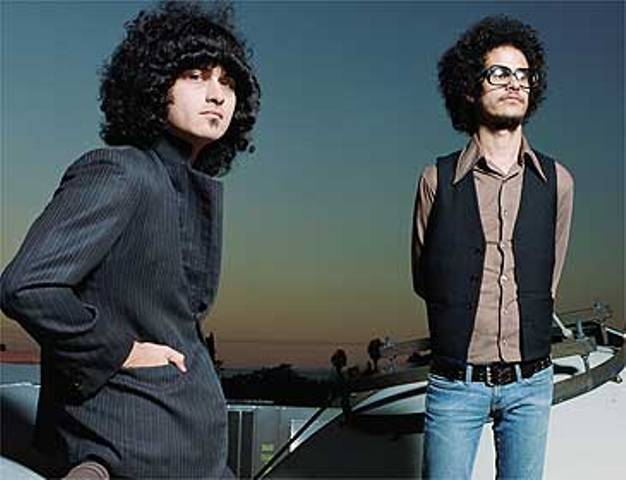 The Mars Volta was an American progressive rock band from El Paso, Texas, formed in 2001. The band's final lineup consisted of Omar Rodríguez-López (guitar, producer, direction), Cedric Bixler-Zavala (vocals, lyrics), Juan Alderete (bass), Marcel Rodriguez-Lopez (keyboards, percussion) and Deantoni Parks (drums). The band formed following the break-up of Rodriguez-Lopez and Bixler-Zavala's previous band, At the Drive-In. They were known for their energetic live shows and their concept albums. In 2009, the band won a Grammy Award in the "Best Hard Rock Performance" category for the song "Wax Simulacra." In 2008, they were named "Best Prog-Rock Band" by Rolling Stone magazine. In September 2012, it was announced that The Mars Volta had entered a hiatus, with Rodríguez-López and Parks forming a new project, Bosnian Rainbows. Four months later, the band announced their breakup.