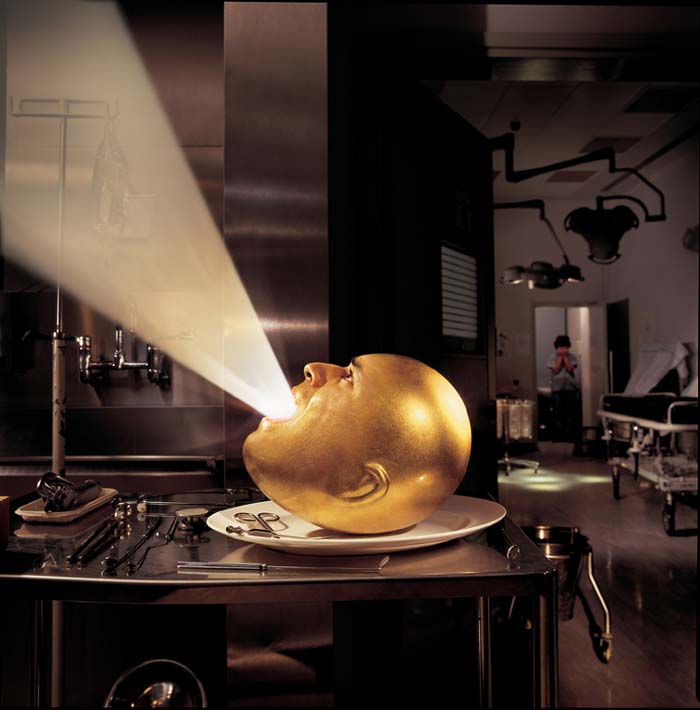 The Mars Volta, on their full-length debut, joins Radiohead as a relatively high profile “alternative rock” group to flirt with progressive elements, and in fact does Radiohead one better (to the prog fan at least) by heading more in the direction of instrumental and thematic complexity rather than ambient experimentalism. De-Loused is a concept album in the classic mode of The Lamb Lies down on Broadway or Tales from Topographic Oceans in that there is undeniably a theme running through the music, but (like both of those examples) discerning the concept is not an easy task. Musically there is little of the grand themes of Yes or the surreal melodicism of Genesis, but the intense musical brew contains elements of classic big-riff rock, Floydian space-trip effects, latin percussion, and ambient interludes. complex rhythms and dense arrangements feature in many of the tunes, held together tightly by the drummer and guest bassist Flea (of the Red Hot Chili Peppers). Keyboards include classic organ sounds and Mellotron as well as samples and other digital tricks. On the whole, though, guitars dominate, from aggressive rhythm parts to multitracked harmonies to solos with lots of echo and wah-wah. Think of it as Porcupine Tree on amphetamines instead of acid. On second thought, keep the acid – the lyrics are if anything even more cryptic than Jon Anderson’s (the title “Take the Veil Cerpin Taxt” is representative of the words in general).