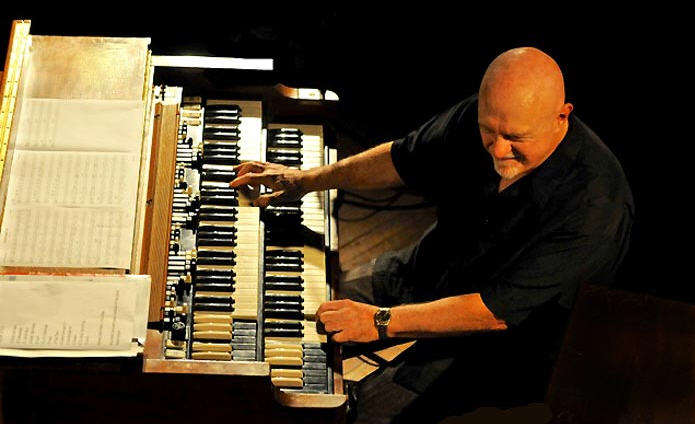 Country
United States
Profile
Pete Levin is a jazz keyboardist, composer, and horn player with a 15-year association with the Gil Evans Orchestra and an 8-year association with Jimmy Giuffre. As a bandleader, he produced the album Deacon Blues in 2007. He plays Hammond organ, Clavinet, and Moog synthesizer, and he has performed for such film and television scores as Missing in Action, Lean on Me, Silver Bullet, Red Scorpion, The Color of Money, Maniac, Spin City, America's Most Wanted, and Star Trek. He has also written scores of his own for Zelimo and The Dybbuk. He was also was awarded the Army Commendation Medal for writing the official military band arrangement of the U.S. Infantry song.

Captain Beefheart and the Magic Band - Live at Bickershaw Festival - North West England 1972 – The front of the package proclaims "Joe Strummer's favourite concert." Well, I'm sure it was great to be there. The Captain and his crackshot '72 touring lineup (Rockette Morton,...  (2008) » Read more

David Torn / Mick Karn / Terry Bozzio - Polytown – I always tend to be a little suspicious when any release is accompanied with as much hype and hoopla as this one was. It better well measure up to all the chatter and attention it gets. Certainly this...  (1994) » Read more

Dino Brassea - Del Cielo y la Tierra – Dino Brassea is known to many through his long relationship with Mexican prog rockers Cast. His voice and flute playing have been one of Cast’s trademark ingredients until recently when he...  (2008) » Read more

Quidam - Quidam – I love almost any album that starts with heavy organ... almost. To be a bit more objective, this self-titled album by the symphonic Polish band Quidam is like a lot of other bands: less derivative /...  (1997) » Read more

New Sun - Fractured – New Sun is a heavily Crimson-influenced band with two lead effects-based guitars and a solid rhythm section. DL Erickson holds down the rhythm patterns and also takes a few solos in the vein of the...  (1997) » Read more