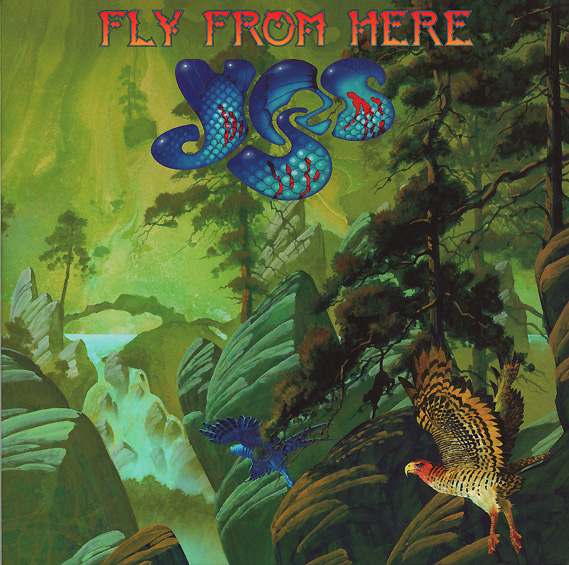 Thinking back to when Yes released Drama in 1980, there was some debate about whether Yes without Jon Anderson was really Yes. That question aside, the album had some great tunes on it, some of which rank with the band’s best (“Tempus Fugit” in particular). Over the span of time since then, even more drastic changes have come and gone for Yes, and Fly from Here finds something of the Drama lineup recreated, with Geoff Downes once again in the fold on keyboards and Trevor Horne also on board (this time as producer rather than lead vocalist). The primary change from that era (or any other) is the presence of Benoît David of the Canadian band Mystery as the main singer; his voice is in the same general register as Jon Anderson’s, and blends with Chris Squire and Steve Howe in a similar manner. It’s his accent that gets in the way of really fitting in — every time he sings “altimeter” on “We Can Fly,” I just cringe. The greater part of this album consists of the title suite, five parts with a preceding “Overture,” and while it falls on the more accessible side of the band’s sound, more poppish in spite of the length, it’s not a bad entry into the Yes canon. The remainder of the album is filled out with a number of shorter tunes, several of which are instantly forgettable; only two stand out: “Life on a Film Set” and “Into the Storm.” These are fine compositions, maybe not the equal of classics like “Long Distance Runaround” and other favorites, but certainly better than most anything the band produced on Big Generator and the like.