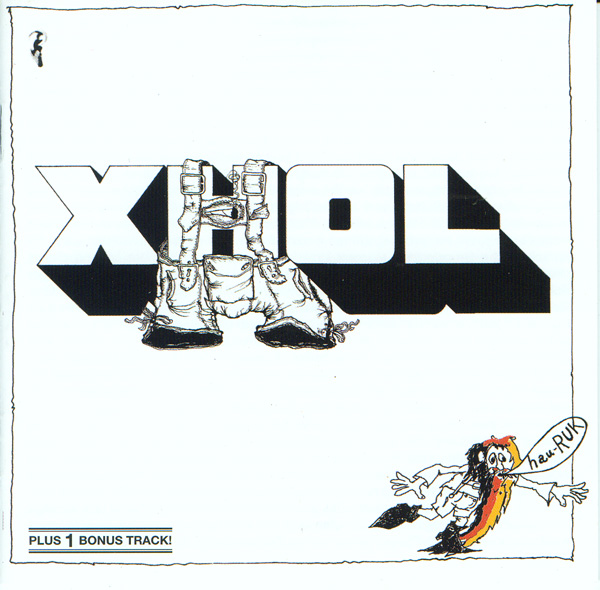 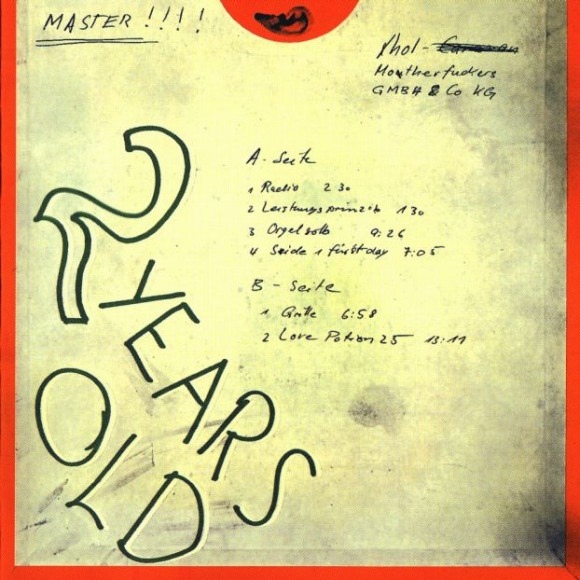 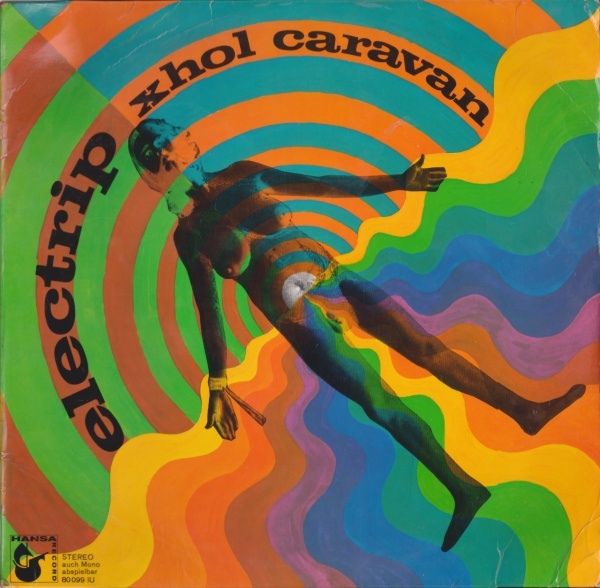 Amongst the annals of the most psychedelic German rock of the early 70s stand out the legendary Xhol, a band that remains one of the most challenging that that country had to offer. Initially a band playing R&B tinged rock in the vein of Otis Redding or maybe Rare Earth (check out the "So Down/Planet Earth" single by Xhol Caravan if you can find it), by the time the group released a proper album, they had gelled into a formidable unit. For an album from 1969, Electrip was an incredibly groundbreaking release, and unfortunately overlooked. The music is like a psychedelic R&B tinged early period Soft Machine with lengthy jazzy/bluesy instrumental sections fronted by amplified/fuzzed or wah-wah'd sax. The intensity and the feel are what makes this such a bonafide classic. Each jam on the album is worked out perfectly with a variety of solos from flute and sax. Some other pointers would be the early French or Dutch scenes, there are shades of Moving Gelatine Plates and Supersister here, but Xhol Caravan had a distinct acid-drenched feel that is distinctly Teutonic. Dropping "Caravan" from their name, Xhol signed to the Ohr label in 1970 and released the self titled album Xhol (commonly referred to as Hau-Ruk due to the words on the cover) in 1971. Two side long tracks take up the album, both more or less improvisations based around some written material or covers (like their racy version of "Rock Me Baby"). For the most part Xhol had dropped the more overt jazz influences, and the sound is closer to a more underground psych-rock, somewhere in the vein of early Guru Guru or Ash Ra Tempel yet far less refined than even those groups. While this is generally the weakest of the three, it grows on you over time. Motherfuckers GMBH and Co. KG was Xhol's last release and a more focused effort than the previous release. The band had resorted to a lot of effects (interesting use of radio static and other electronics) to augment their sound and the overall effect is of a sonic acid trip. Amongst all of the psychedelic meandering, Xhol's early R&B influence remains and the finale is a great rendition of "Love Potion Number 9." Xhol's crazed vocals, obvious drug influences, and general lasciviousness may not appeal to everyone, but for those into psychedelic krautrock, these are about as good as it gets. Prog fans should check out Electrip and tread carefully afterwards.

When you think of German rock of the 70s, you’re likely to think of extended spacey jams with effects devices in evidence and a bit of jazzy flavor. Xhol’s first album (under that name at least) is pretty much that distilled essence, consisting of two twenty-plus minute pieces recorded live in July of 1970. The band had originally intended it as the live half of a live/studio double LP, but ended up releasing the two halves separately. The basic elements of Xhol are Tim Belbe’s saxophone (frequently altered by wah-wah pedal and other devices) and Gerhard Egmont von Brevern on keyboards (mostly organ, also with effects). The two are backed by bass and drums, with no guitar in sight. The improvisations are along the lines of what Soft Machine did for their Third album, though less inspired, and sometimes verge on free blowing. The second track features some near-annoying vocals begging for sexual favors from an unnamed source, though luckily that only occupies a few of the twenty minutes. For this CD reissue, a third twenty minute piece recorded in a studio in 1974 has been added. This must have been a one-off session, since Xhol had broken up two years prior; three of the four original members appear, augmented by others from the scene. It’s very much in the same vein, however, and does not sound out of place despite the addition of flute.