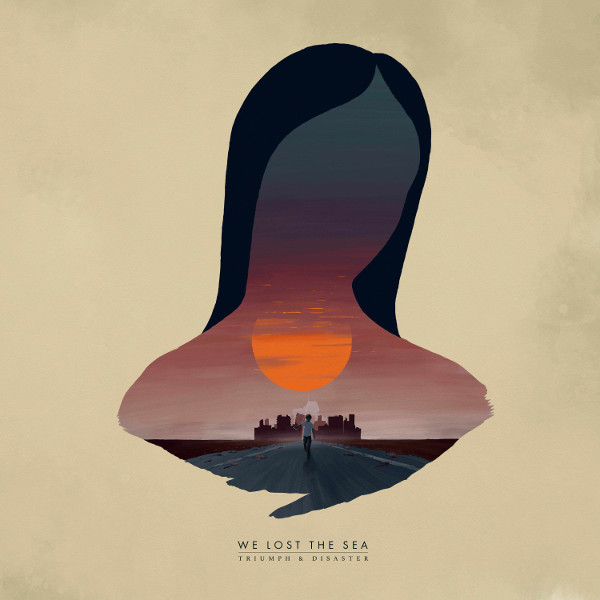 “We Lost the Sea” sounds like a pretty good name for a post-rock band, and We Lost the Sea is in fact a pretty good post-rock band. This group from Sydney, Australia was formed in 2007 to explore sounds beyond metal, informing their style with Sigur Rós style atmospherics and Mono style epic compositions. At times, they might remind a listener of Maudlin of the Well, though with fewer avant-garde tendencies. With Triumph and Disaster, their fourth studio album, they present seven tracks ranging from four to fifteen minutes, and from heavy epic sounds to gentler, more subtle moods. My favorite track is actually “Parting Ways,” which is the gentlest of the longer pieces in the set, twelve minutes of lovely playing that features an electric piano sound prominently and even changes meter a few times. For this one, the build to the climax is handled much more subtly than usual, delaying the near-inevitable heavy chords with tremolo-picked guitar lead until eight minutes in. I say “near-inevitable” because We Lost the Sea, like nearly every post-rock band on the planet, has the same strategy for building drama in their music, and it involves moderate tempos, stately chord progressions, and melodies (of a sort) played on tremolo-picked electric guitar. That being said, I do enjoy this album, though I can’t find very many qualities that set it apart from the other practitioners of the style. They know their thing, and they do it well. “The Last Sun” is another variation on the formula, starting with an aggressive dissonant guitar line right at the start, hitting what sounds like a climax in the first two minutes, then dropping down to one of the album’s quieter sections, with meditative piano chords and echoing guitar notes. From there, it is the slow (around eight minutes) ramp-up to the piece’s finale. The album finishes with “Mother’s Hymn,” a vocal tune featuring Louise Nutting’s beautiful vocals and a hymn-like arrangement including a trumpet and multiple backing voices.

Related artist(s): We Lost the Sea